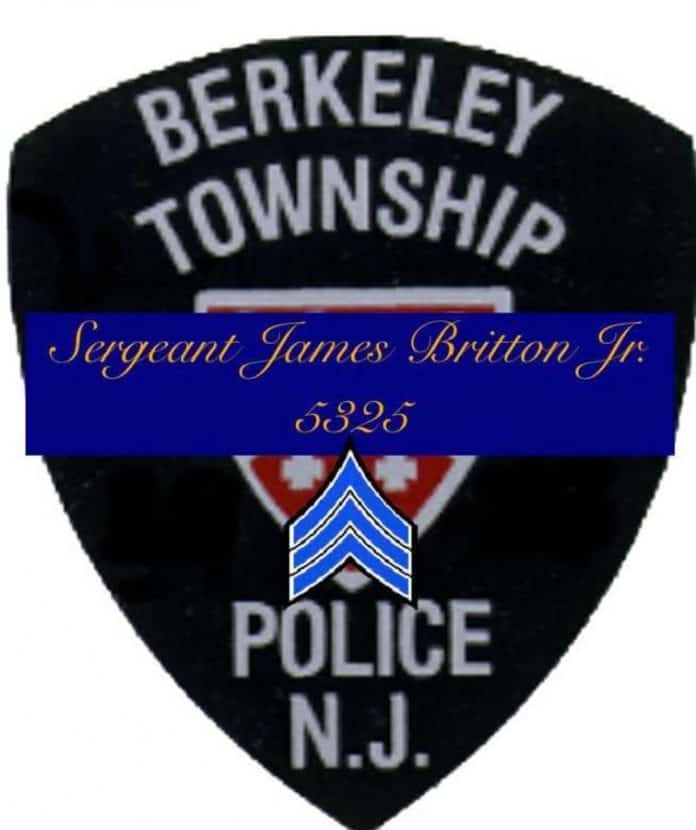 BERKELEY – Local residents are mourning the loss of Sgt. James Britton Jr., who passed away recently.

Britton retired in 2013 after 25 years of service, according to a release from the police department. He had headed up the Traffic Safety Bureau and served as Patrol Division Supervisor. He had also served in the Marines.

The Britton name has been common in the township’s police force. His uncle, Samuel Britton, was the department’s first chief. He passed away last year. His father, Lt. James Britton Sr., also pre-deceased him.

“He will be missed by all, especially those that had the honor of knowing him, those who had the pleasure of working with him and of course those that had the privilege of just being around him,” the police said. “He will forever be remembered for his love of animals and of course for his sense of humor which was second to none and which always managed put a smile on someone’s face at just the right time.”

Flood Insurance Will Be Discounted