FREEHOLD – Two teens were sentenced to years in a state prison following their plea of infanticide in Neptune Township.

The sentence is subject to the provisions of the “No Early Release Act,” (NERA) requiring McClain to serve 85 percent of the sentence imposed before becoming eligible for release on parole.

Quaimere Mohammed, 21, also of Neptune Township, was sentenced to 5 years after he pleaded guilty to second degree disturbing or desecrating human remains in connection with the death of a newborn baby.

On April 4, 2019, the Asbury Park Police Department received a report that Jada McClain, a student at Neptune Township Regional High School, had recently given birth, and that the newborn was deceased. The investigation was referred to the Neptune Township Police Department who, together with the Monmouth County Prosecutor’s Office Major Crimes Unit, launched an investigation into the matter.

McClain had become pregnant by her boyfriend, Quaimere Mohammed who was also a student, police said. McClain told investigators that she hid the fact that she was pregnant from her parents and that she gave birth to a boy in the early morning hours of March 29, 2019, in her home.

After she gave birth to the child, McClain pressed her hands on the boy’s chest until he stopped breathing.  She then contacted Mohammed, and later that morning, the two disposed of the child’s body in a dumpster on Monroe Avenue in Asbury Park.

Detectives had recovered surveillance video that captured Mohammed disposing of the child’s body near the Washington Village apartment complex and learned that the contents of the dumpster, including the newborn’s remains, were transported to the Monmouth County Reclamation Center in Tinton Falls, where they were compacted and buried. The infant’s body was never recovered.

Monmouth County Prosecutor Christopher J. Gramiccioni said, “this case is a horrible tragedy. An infant is dead and two young people are going to prison. New Jersey’s Safe Haven Protection Act provides a legal, safe, and confidential process for anyone wishing to relinquish custody of a newborn. It is important that people be made aware of this law.”

The New Jersey Safe Haven Infant Protection Act became law on August 7, 2000 and it allows a parent who is unable or unwilling to care for an infant to give up custody of a baby who is less than 30 days old, safely, legally, and anonymously.

All that is required is that the baby be brought to a hospital emergency room or police station in New Jersey. As long as the child shows no signs of intentional abuse, no names or other information is required from the person delivering the baby. 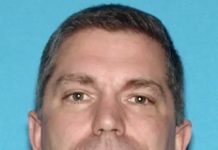