Thomas Tramaglini, who continues to maintain his innocence, tendered his resignation over email and a voicemail Thursday. The Kenilworth Board of Education accepted his resignation, effective Sept. 30, according to NJ.com.

Tramaglini has been accused of defecating daily near the Holmdel High School running track. Police arrested the now former Kenilworth superintendent of schools April 30 before 6 a.m., charging him with lewdness and public urination/defecation in Holmdel. Tramaglini resides in Aberdeen. News report say he was running on the track before he was arrested.

He was superintendent since February 2016 and his contract was set to expire July 1, 2020.

Tramaglini, represented by attorney Matthew Adams, decided to resign because legal proceedings will distract from teachers and administrators from educating the children of the school district.

“Dr. Tramaglini will continue to fight the allegations made against him in Holmdel, and will also hold those responsible for the malicious narrative that has been spread about him to account for their misconduct,” a Thursday night statement from Adams read, according to NJ.com. “No aspect of this difficult decision should be construed as an acknowledgement of guilt. Dr. Tramaglini is steadfast in his resolve, and looks forward to the day when his full story is told.” 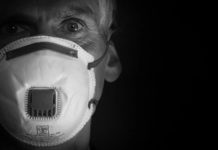