TRENTON – A condominium association must pay a resident $12,500 for discriminating against her regarding her medically verified allergies, the New Jersey State Attorney General’s Office said.

The woman, referred to only as K.L. in court documents, had asked Twin Lights Condominiums in Highlands to remove carpet from her second-floor, one-bedroom condo and install hardwood floors. The woman’s physician confirmed she suffers from food and chemical allergies, and removing the carpet for hardwood would alleviate symptoms. 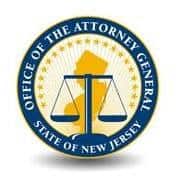 The condo association denied the request, citing its rule that hardwood flooring is not permitted in one-bedroom units. The association said removing the carpet would eliminate its sound-deadening buffer.

“Under New Jersey’s Law Against Discrimination (LAD), condominium and homeowner associations cannot simply dig in their heels and refuse to bend or grant rule exemptions when approached for an accommodation by residents who have legitimate, medically-documented needs such as mobility issues, the need for a service dog or, as was the case in this instance, a significant allergic condition,” Attorney General Gurbir S. Grewal said.

“This case should serve as a reminder to condominium and homeowner associations across the state that the LAD was created to protect the rights of people with disabilities,” Grewal said. “We are committed to upholding those rights, and any condominium association, co-op, homeowners’ association or individual landlord who violates those rights will be held accountable.”

Twin Lights must allow the woman to install the hardwood flooring, although they can require her to use a sound-deadening underlay. They must also report to the Division on Civil Rights quarterly for the next year, which must include how many requests for disability-related “reasonable accommodations” it receives, and how many of those are received at the association’s expense. They must also report how each request was handled.

The association is also subject to a $5,000 suspended statutory penalty for violating the state’s Law Against Discrimination (LAD). If the association complies with the full terms of the settlement, and has no other resident complaints filed against it that result in a finding of probable cause by the Division, that penalty will be vacated.

“An accommodation is not ‘reasonable,’ and therefore not required, if it would impose undue financial and administrative burdens on the landlord, or if the requested accommodation would fundamentally alter the nature of the landlord’s operation,” Division on Civil Rights Director Craig T. Sashihara wrote in his finding of probable cause.

The condo owner, K.L., was not asking the association to pay for the materials or labor, or to oversee the installation of the new flooring, Sashihara noted.

“Sashihara wrote that the notion that Twin Lights’ denial was simply intended to protect the downstairs neighbor was ‘undercut’ by the fact that before reaching that decision, the Board members were provided with a letter from the downstairs neighbor stating that she’d performed a ‘sound test’ and concluded that, if anything, ‘the carpeted portions were more pronounced with sound than the hardwood,’” the Attorney General’s Office stated in its Sept. 19 press release.