FREEHOLD – County and local officials spoke out against a proposed hike in the 911 service fee every phone user pays. They gathered at the entrance of the county’s 911 Communications Center Monday morning to tell the State to fund the services that Monmouth residents are paying for.

While the county does its due diligence to promote safety and fund their half of the 911 system, the state has dropped the ball on their end, Freeholder Director Thomas Arnone said.

Anyone who has a phone pays a 90-cent tax per line that goes into a trust fund. Started in 2005, that tax generates about $134 million per year, and was supposed to help the state – responsible for the 911 infrastructure throughout the state – upgrade state, county and local 911 systems. Part of those upgrades were supposed to include the ability to text and send photos and videos to 911 Centers. Emergency workers could also use technology to pinpoint a caller’s exact location. The technology exists, but not in most of New Jersey. Monmouth County does have text-to-911. Monmouth County has invested in the front-end equipment and technology, but the back end, provided by the state, is old and outdated.

Instead, that fund is raided to balance the state budget while 911 systems continue to age into oblivion. Monmouth County residents who call 911 will have their calls answered, Sheriff Shaun Golden said. However, technology exists that would help locate and aid people but it isn’t available to public safety workers.

Monmouth County alone contributed about $5 million to that fund since its inception, but has not received a cent from the state since 2010. Arnone said the county wants the money that’s rightfully theirs.

“None of that money has made its way to our 911 center here in Monmouth County, not to the 192 public safety answering points – other 911 centers around the state of New Jersey,” Golden said. “There are no winners here. Just losers.

“Taxpayers lose because their fees are being diverted elsewhere in the state system and not going to 911 infrastructure in the 192 PSAPs. Public safety personnel lose, because we lose valuable information and time, as the system – the 911 infrastructure that the state of New Jersey provides all of those 192 centers – has not been upgraded. Nor has there been any discernable plan to upgrade this to an IP-based system,” Golden continued. “We are using technology for 911, that was the old dial-up modems, to try to figure out people’s locations. Meanwhile, you can find your son or daughter of family member on your iPhone instantly. This is unacceptable, and particularly for public safety.”

“We’ve done our part. The towns have done their part,” Arnone said. “The State has to step up.” 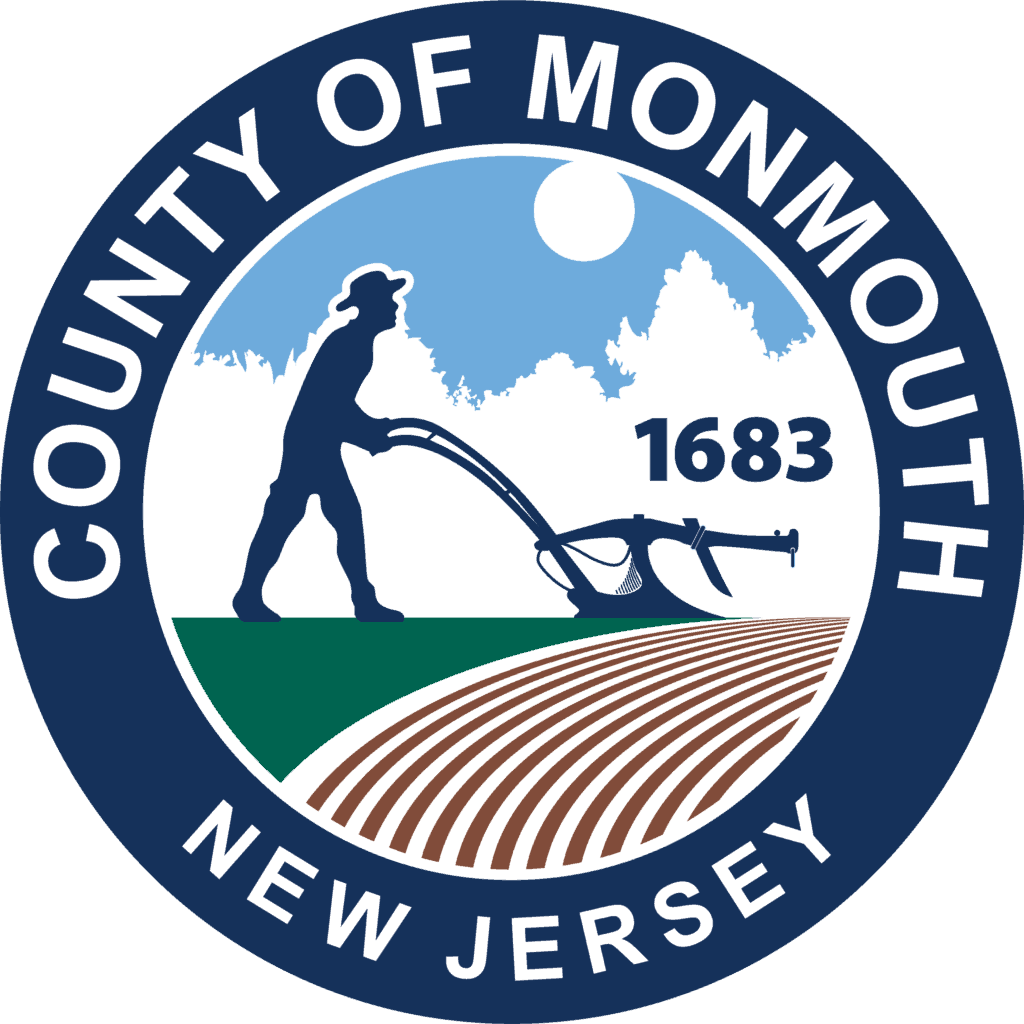 And now, the state is considering a bill that would increase that fee 10 percent, something the freeholders oppose. They met on the steps of the center because the state budget is expected to be adopted any day now.

The issue is about public safety, not politics, Arnone and Golden said.

“This is a very bipartisan issue that we’re talking about,” Arnone said. “We have Democrat, Republican, and independent mayors. They’re just here for the betterment of their municipalities.”

The county charges a fee to the municipalities that use its 911 center. The fee is smaller than what a town would have to pay to operate its own center. The center staffs 114 public safety telecommunicators who serve 50 municipalities, Brookdale Community College, Monmouth University and Naval Weapons Station Earle. It dispatches for 22 police departments, 69 fire companies and 37 first aid squads. They receive more than 750,000 calls each year.

The money the state should be paying to the county would help ease municipal budgets and allow them to spend more money on public safety, Arnone said.

“It’s incumbent upon all of us to protect Monmouth County residents and ensure that the money they contribute in taxes and surcharges, such as the one we’re talking about today, is spent wisely,” Freeholder Lillian G. Burry said. The freeholders oppose the legislation to raise that trust fund tax, as residents have paid for but not benefited from that fund.

While the state continues to collect taxes for the 911 trust fund through this tax and tax on prepaid cell phones, they put more and more regulations on 911 centers but don’t provide the money to pay for it, Golden said.

“We encourage all our representatives, our legislators, to be reasonable in the expectation that some of this money should not be diverted away from public safety, but invested in public safety like Monmouth County has chosen to do,” Golden said. “New Jersey leads the way in a lot of things. 911 systems aren’t one of those.”

Temporary COs Could Get Buyers Into Homes