More recent statements made by Monmouth County Freeholders emphasized that many are not in favor of the switch, as it takes away time and funding for more serious issues.

The bill states: “The words ‘freeholder’ and ‘county freeholder,’ when used in relation to county government, mean a member of the board which manages, controls, and governs a county, and in which the executive and legislative powers of the county are vested; also referred to as ‘commissioner’ or ‘county commissioner.’”

The bill, if passed, would not only change the name, but also require the county to make the change on anything with the “freeholder” title on it, such as letterheads, stationary, websites, and signage.

Freeholder Director Tom Arnone said the whole idea of a name change is “comical,” noting that it is not necessarily the actual name that is an issue, but rather the cost associated.

“I can tell you that no matter what our title is, my colleagues and I will continue to focus our efforts on cutting costs and maintaining a high quality of life for our residents. However, if this legislation is signed into law, it would only amount to one more unfunded mandate out of Trenton that would place undue financial burden on counties. The sole reason I am not in favor of this legislation is the fact that counties would be forced to incur the costs of changing the official name on literature and signage,” stated Arnone in his monthly newsletter.

He called it “another unfunded mandate” that is keeping the legislators from investing their time in something more substantial.

Arnone also urged representatives to refocus their efforts on more concerning matters in the newsletter, to reduce financial the burden on those in “one of the most heavily taxed states in the nation.”

The county’s newest freeholder, Gerry Scharfenberger, also stated publicly his opposition to this name change in a Facebook post, calling it “mindboggling in its absurdity.”

“New Jersey residents are being suffocated with an onerous property tax system, businesses like Gerber are leaving the state, a host of taxes are being raised or created, and this is what the legislature is wasting their time on?” said Scharfenberger.

He added, like Arnone, that the proposal would incur a cost on the county that is not necessary when faced with more pressing issues. 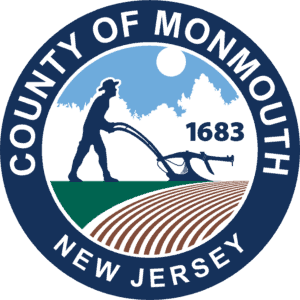 “It will cost counties tens of thousands of dollars to change letterhead, stationery, signage – not to mention the reams of documents in which the term freeholder is embedded,” Scharfenberger stated in the post.

Scharfenberger’s comments demonstrated more of an attack on the legislators for spending their energy of such a “frivolous bill,” as he called it. He remarked in the post that they “should be ashamed of themselves for foisting yet another unfunded mandate on New Jersey that will have zero benefit for the long-suffering taxpayer.”

Senator Pennacchio explained in a tweet the reasoning behind the name change, stating, “When you have a title, which refers to men “free and clear,” you ultimately discourage individuals from participating in critical local government positions.”

The term “freeholder” dates back to pre-revolutionary times. It was meant to describe white males who were “free and clear” landowners. In terms of modern society, Pennacchio’s point is that the term is outdated and can be viewed as sexist for those women in politics today.

“Freeholders” are also unique to New Jersey government and Pennacchio believes the term “commissioner” to be more recognizable for many.

Arnone also mentioned that Monmouth County is fine with the term “freeholder,” despite have the township of Freehold within its margins, which can become a bit confusing.

Man Dies After Being Shot Inside Vehicle