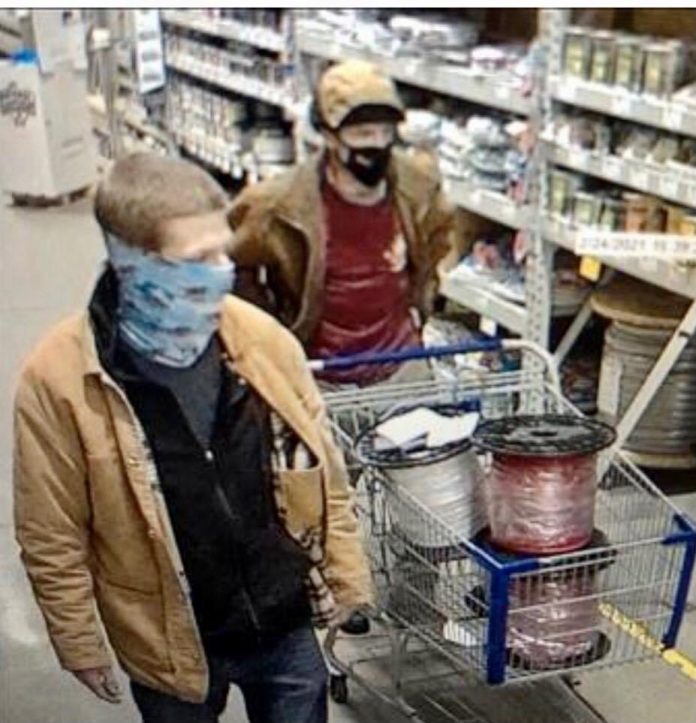 MANCHESTER – The Manchester Township Police Department have announced that they’ve identified the two suspects that stole from the Manchester Lowe’s back in February.

On February 24, police responded to a report regarding two individuals shoplifting from Lowes. The suspects were seen walking into Lowe’s, selecting items and walking out without paying in under five minutes. The suspects then left in in a white four-door sedan.

After investigation, police announced on March 18 that they were able to identify the two suspects as Eric Linzmayer, 40, of Forked River, and Williams Emmons Jr., 31, of Browns Mills. Both were charged with shoplifting in connection to the theft of copper wire.