Business administrators run the town on a daily basis, while elected officials like the mayor and council guide policy.

“I’d just like to thank everyone,” King told the mayor and council. “Your staff is amazing, very intelligent and everyone just enjoys working in the township of Manchester and that is very, very fulfilling for me to come in and join the team. I look forward to working with you.”

Three ordinances were also introduced during the meeting. The first was a procedural measure of establishing a cap bank which Council President Craig Wallis explained was a “standard ordinance we do it every year. It basically sets aside emergency funds if we need it for an emergency.”

The next measure concerned a $760,000 bond ordinance for a fire truck and apparatus. Wallis said this was part of the township’s “establishing a new paid fire department that we need desperately. This will be for the engine and equipment that goes on it.”

Mayor Kenneth Palmer said, “we’re hoping to find one that is already assembled, so presumably it would be a 2020 (model).”

The township is also looking to sell land at 1314 Englemere Boulevard – a 25 by 100 foot lot with a minimum bid set at $5,212. Wallis said it has to go to an adjacent property owner and “it has to become part of a conforming lot.”

Martin said the ordinances will be read and the public can comment on them on April 26 at the council’s next meeting.

Taxes were cancelled for the Whiting First Aid Squad building which the township now owns and is a part of its full time, paid EMS system.

The council authorized an Ocean County CARES grant agreement to provide coronavirus aid relief that will be extended to December 3, 2021.

Two enclosed mower trailers were also authorized for purchase from Hepp Tailers LLC which is for the township’s Department of Public Works.

An agreement was also approved with Modern Group Power Systems for maintenance on three township generators. “The radio tower, the municipal complex and the water tower,” Martin added.

A contract was also made for the hiring of a disciplinary hearing officer and an agreement was also approved for services by Robert Baron as emergency services director.

Gable Associations was also approved as the township’s energy consultant. Martin said the current contract for that service is up in October “and this will extend the contract and we have the ability to extend it over a two-year period and they are doing it at the same rate as the last contract which is .00048 kilowatt hours.”

Councilman Samuel F. Fusaro said Gables “has done a great job for us. I can’t believe this is our third round with them it goes so fast. I’ve noticed that as each round gets closer to the end the numbers drop down and as people move in and out of Manchester, I don’t think the people coming in recognize we have this program that saves them a lot of money.” 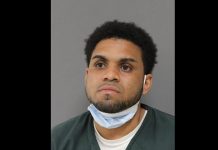 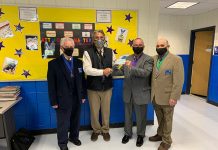