MANCHESTER – A frantic 911 call on Monday evening led police officers to the Harry Wright Lake in the Whiting section of Manchester. Eyewitnesses had reported a man had fallen off a raft and never came up.

20-year-old Luis Angel Meyo-Jimenez of Toms River was found at the bottom of the lake, pulled from the water, given CPR and transported to Community Medical Center where he was pronounced dead.

Captain Todd Malland said Jimenez was sitting on a raft in the area of the lakes floating dock when he fell into the water and never re-emerged. All efforts to revive him failed.

Members of the Whiting and Manchester Volunteer Fire Departments and EMT’s from Quality Medical Transport and MONOC paramedics helped out officers at the scene. 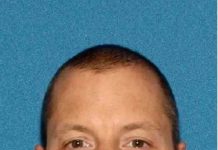