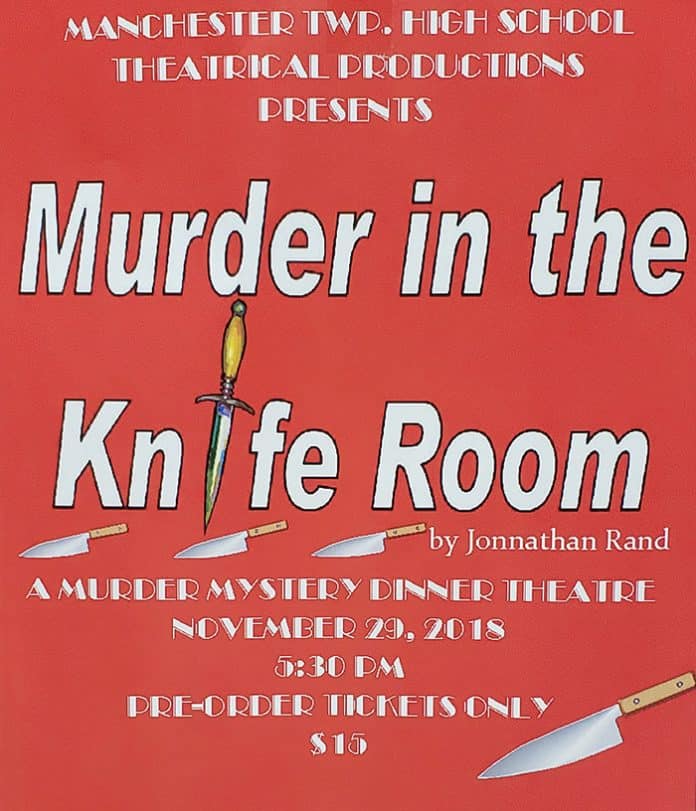 A spaghetti dinner, with choice of meat sauce, vodka sauce, or marinara sauce, along with salad, bread, soft drink and dessert, will be served.

Eat spaghetti while trying to solve the murder. Which one of 20 suspects killed Mysterious Host? Was it Respected General, Wealthy Dowager, or Santa Claus? Follow Inexplicably Omniscient Inspector to crack the case.

Tickets, $15 each, can be purchased at mtrst.booktix.com.