MANCHESTER – Environmental groups thanked the Department of Environmental Protection for denying the plan to build a large development on the former Heritage Minerals site.

The developer, Hovsons, was applying for 3,862 single family homes, apartments, and townhouses, 40,000 square feet of commercial space, a clubhouse, and recreation facilities. The development would be on about 1,008 acres, leaving 2,916 acres of the property largely undisturbed.

“The DEP stood up for the environment and did their job by rejecting this disastrous proposal and protected Manchester Township,” said Jeff Tittel, director of the New Jersey Sierra Club, in a press release.

“The proposal would have basically built a new town with 10,000 people would have added more than 100,000 cars on the road,” he said. It would also have caused water pollution, air pollution, destruction of open space, and over-pumping the aquifer.

The Sierra Club also noted that the project would have been served by a system of sewer lines in the Pinelands that would have created 2 million gallons of sewage a day. Additionally, the site has 45 acres contaminated with concentrations of radioactive uranium and thorium, which would need to be addressed.

“These kinds of projects should have disappeared a long time ago. In 1998, Commissioner (Robert Shinn) turned down Hovsons’ proposal to build 800 units because the project did not meet environmental standards. Commissioner (Bradley) Campbell settled for 2,450 units under McGreevey and the Christie Administration tried to push it through for 4,000 units,” he said.

“We are grateful to the Department of Environmental Protection for enforcing these critical natural resource protections, especially where the developer simply wants to disregard its own prior commitments,” said Carleton Montgomery, executive director of the Pinelands Preservation Alliance, in a statement.

“The bigger the development, the greater the harm to Barnegat Bay through contaminated runoff, to the aquifers through pumping for water supply, and to Pine Barrens habitats that are home to many rare and characteristic animals and plants. That’s why it is so important for the state to implement its environmental rules consistently, as it has done in this case,” stated Britta Wenzel, executive director of Save Barnegat Bay, in a release.

The DEP made a number of points opposing the development, including that the development plan did not address contamination already on site from mining operation; threatened and endangered wildlife may be affected; aquifer recharging might be impacted; it exceeds the allowed population density in the Pinelands; and that it would result in “significant and adverse” traffic.

“It appears the DEP has a number of similar concerns as Manchester Township,” Mayor Ken Palmer said. “While we did not agree with Hovsons proposal of approximately 4,000 units, we remain open to considering other plans that benefit our town. Certainly, the agreed-upon 2,200 senior homes which was approved by all interested parties almost two decades ago still looks like the best plan.”

The DEP, Hovsons, the Pinelands Commission, and Manchester Township had originally agreed to a settlement in 2004. This would have been for 2,200 homes, with a development of 995.4 acres, with 6,179.7 acres in the property to be preserved.

Hovsons would be eligible for a hearing to state their case. Hovsons did not return a request for comment. 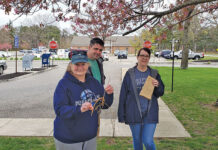 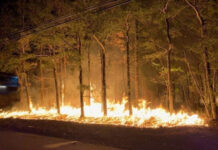