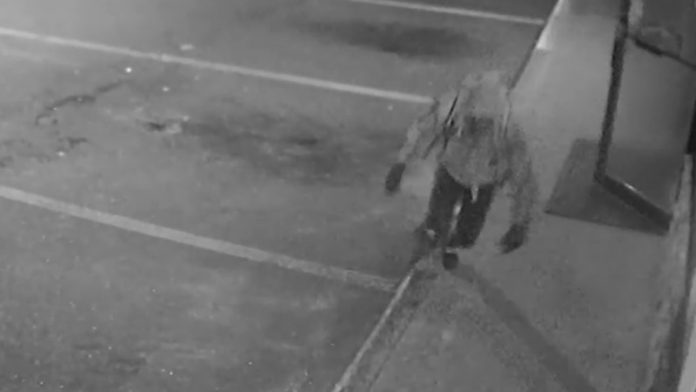 MANCHESTER – Was it a coincidence or the same man? That’s a question Manchester Township Police are trying to answer, after the Circle K on Ridgeway Road was burglarized twice within a seven day period.

Police Captain Todd Malland said both incidents occurred in the early morning hours when the store was closed.

The first incident was August 17 at around 2 a.m. An alarm was activated and when officers arrived, the door was unlocked. When police searched the building, they found the air conditioning return vent duct in the ceiling to be broken. There was debris on the floor so officers believe the suspect came through the ceiling.

A safe and cash register had been tampered with. About $500 in cash was taken. A review of surveillance video showed a suspect wearing a hooded sweatshirt, gloves and a dark backpack. He left through the front door. K-9 units were unable to locate him.

Then on August 23 in the 2 a.m. hour, an alarm went off in the same store sending officers back.

Once on scene, officers observed through the store windows an extension cord hanging from the ceiling air conditioning return duct. This was the same entry point from the previous burglary.

Police said the owners of the store were contacted for their surveillance videos in doing so, they advised the officers on-scene that they believed that a subject may still be inside of the store and responded to unlocked it.

While waiting for the owner to arrive, a subject dressed in all black, was observed walking along a trail in the wooded area behind the store. As officers approached, the suspect fled on foot into a heavily wooded area ignoring the officers’ commands to stop.

Despite an extensive search involving officers, a tracking K-9 and a drone, the suspect was not located. Once the owner arrived at the store, the building was unlocked and checked for the presence of any suspects.

No one was located inside of the store and no items were determined to have been taken.

Assisting in both investigations where members of the Manchester Township Police Department’s Patrol and Investigations Bureaus as well as K-9 officers from both Manchester Police and the Ocean County Sheriff’s Office.

Also assisting were members of the Sheriff’s Office Crime Scene Investigations Unit. Both cases are currently being investigated by Det. Adam Guker of the department’s Investigations Bureau.

Anyone having any information regarding these incidents or the subject involved is urged to contact the Manchester Township Police Dispatch at 732-657-6111 or Detective Adam Guker at 732-657-2009, ext. 4210. Anonymous tips can be submitted online at www.manchesterpolicenj.com.

Resident Receives Citizen Of The Year