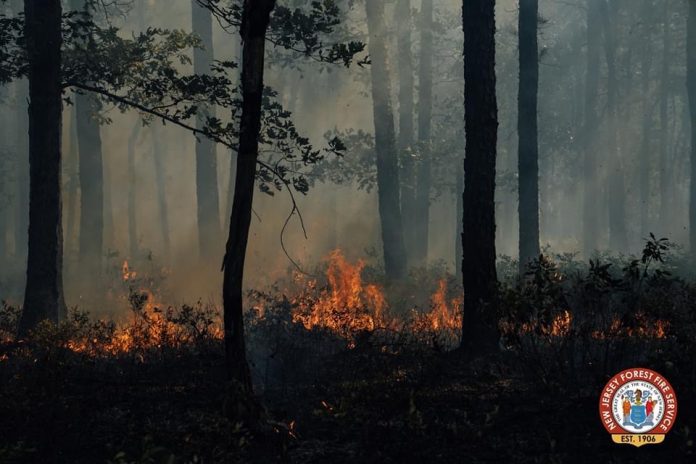 JACKSON – A fire in a remote area of the Colliers Mill Wildlife Management Area in the township has been contained.

New Jersey Forest Fire Service said they have the blaze contained at 100 percent and their efforts were assisted by the heavy rainfall experienced during Tropical Storm Fay on July 10.

The fire fighting crews were released from the scene of the wildfire and there were no injuries reported. No structures were in danger and a Forest Fire Service pilot spotted smoke while flying over the area and reported it.

About 200 acres were burned according to officials, the storm aided in extinguishing the fire with three to five inches of rain during the day. No roads were closed due to the fire.

The cause is still being investigated by the State Department of Environmental Protection.