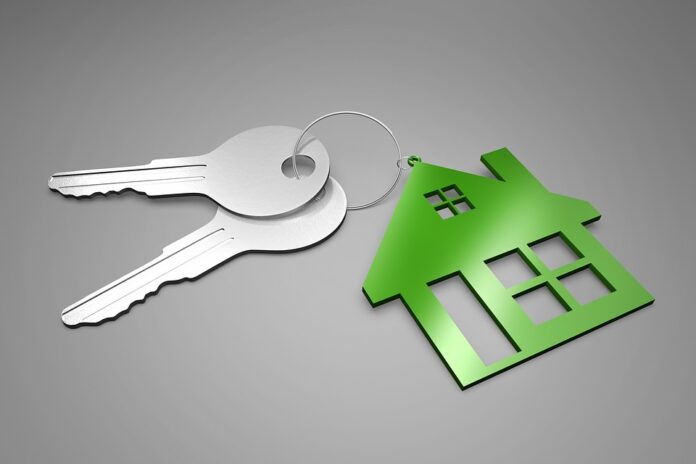 JACKSON – An ordinance that would require someone selling a home to get a survey and pay a fee to have an open house sign on their property was tabled during a recent council meeting.

The ordinance prompted a number of people, most being non-residents involved in the realty business, to come to the podium to thank the governing body for tabling the measure.

They were critical of the ordinance, calling it a violation of the Constitution. They said it would impair their industry and homeowners seeking to sell their homes. They said that at most the ordinance could be revised or simply eliminated.

Prior to the meeting, The Jackson Times spoke with Ken Freeman from the Nexus Board of Realtors, who is also associated with the New Jersey Board of Realtors. “Look at Toms River, look at here (Jackson) now, everything is income generated for the most part. This would be a burden on the homeowner. There are things in there requiring you to get a survey. You would require a homeowner to get a survey in order to get a sign permit for a ‘for sale’ sign or an ‘open house’ sign?

“As realtors we could put it on the homeowner but many times we do it as a courtesy. But now the other issue is can we do the permit online or in person and do we have to submit the survey with it? The owners who already have it may not know where it is so they’d have to pay for a new survey?” he asked.

Freeman also asked, “when you put up the sign are you going to attach the permit or put it into the window? The signs have to be placed somewhere based on the survey? On the property?”

While the measure was tabled, it drew commentary during the public comment period. Realtor Brian Hutchinson of Howell spoke to the governing body first about it saying, “in regards to the ordinance that has been tabled tonight, I am aware that you have contacted our friends at New Jersey Realtors and they expressed their position on that ordinance as well as the Nexus Board of Realtors.” Hutchinson said.

Hutchinson said he was speaking for the approximately 1,000 real estate agents who operate in Jackson. “We stand holistically opposed to this ordinance on two grounds. One it is Constitutionally protected free speech.”

He cited prior Supreme Court commentary stating no impairment by the government should be made regarding communication and announcements on a resident’s property. “Placing a sign by a house is the most readily available form of free speech without impairment or burden by government. Therefore a municipality would be running the risk of violating Constitutionally protected rights of their citizenry that prohibit or limit free speech.

“I want to highly encourage the council to reconsider passing this clearly and soley on that merit,” Hutchinson added. “If that isn’t enough there is a second issue we’d ask you to consider and that has to do with the federal fair housing law. In 1968, when we passed the Civil Rights law that dealt with the Fair Housing Act it was to protect people and do we discriminate against a particular class of people.

“Jackson Township is incredibly blessed to have a very divergent culture,” he said. “We not only have people from different race and ethnic backgrounds, socio-economic backgrounds but specifically different religious backgrounds.

“There is a large population of this community who practices traditional Hebrew faith, Jewish faith and inside that faith which you may not know, is that there is a prohibition outside the household to have a utilization of technology such as the internet,” Hutchinson added.

He went on to say, “As you and I might be able to scroll down realestate.com or whatever it is to look at a property, that doesn’t happen in certain households because that technology is gone. That community relies on its ability to walk into a neighborhood and those signs in the yard are a way of making announcements that they intend to sell that property. So the unintended consequence of that ordinance would be violating their Fair Housing right.”

Toms River resident Moshe Kalashini thanked the council for temporarily tabling the ordinance. “If passed this would be a burden on homeowners, sellers and realtors. I am hoping this council can sit down with the local realtors to tweak this ordinance.”

Jacob Steinberg of Lakewood, a licensed real estate agent of 34 years, said “The hoops you require us realtors and homeowners to jump through is nothing short of tyranny. I do hope you reconsider the ordinance in its entirety.” 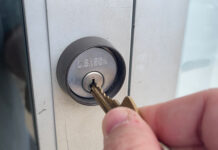 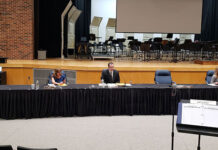