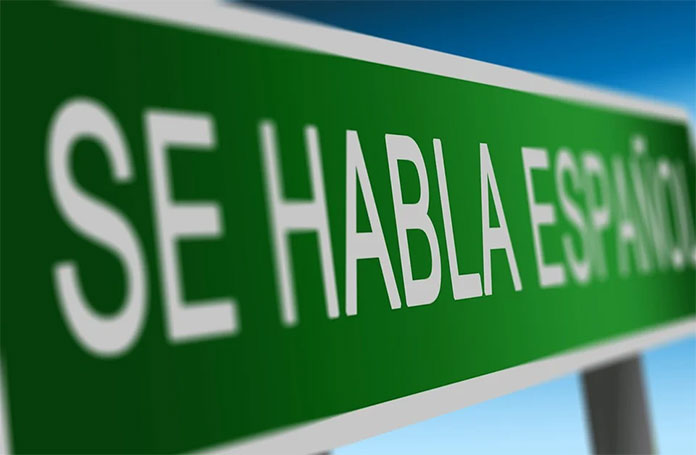 JACKSON – Members of the Board of Education listened to a flurry of residents, many of them former and current students, about a language program change.

The issue focused on the school district removing its Spanish language program on the elementary school level to save money in the wake of the state’s S-2 state aid funding formula change. S-2 reduced funding to a lot of local districts, leaving them with holes in the budget.

This was during the Board’s last virtual meeting and involved a call-in and e-mail submission option for residents of the township.

A call came in from a former Jackson Memorial High School graduate from the Class of 2019 who said, “I now attend Yale University, I recently learned of the cuts to the Spanish program in our elementary school and would like to ask what the motivation was behind this decision?”

She added, “I wanted to specifically address my concerns to the Board President Michael Walsh whose biography on the district website says and I quote ‘protect non tested areas of the curriculum such as foreign language.’ I would like to know how eliminating Spanish on the elementary level is a good decision. I understand we have lost district funding but I urge the Board to find cost cutting measures elsewhere and keeping the foreign language curriculum intact starting with the elementary school level.”

“I am deeply upset with your decision and I kindly urge you to reconsider,” the former student said.

Walsh responded saying, “duly noted but the Spanish program at the elementary school at this time, there is more important needs and other aspects of the district.”

Retiring Superintendent Stephen Genco said any district cuts are difficult. “No one likes to make any cuts but our district was forced to make a $3.5 million cut which equated out to 41 staff members which is not a small amount.”

“Our class size at the elementary schools have ballooned to 26 to 28 on an average. We’ve lost academy pieces at the high school. Our class size has ballooned at the middle school and it came down to that program at the elementary as opposed to interventionist and basic skills – none of which would have been good choices. All of which were our decisions to make,” Genco said.

“Foreign language – although the teachers won’t be there – there are still cultural things that will be taught on the elementary school level and like French and Italian those classes start at the high school level. We will do what we need to do in an interim standard with our teachers at the elementary division. I know that is not what you want to hear but those are the things the board had to balance,” Genco added.

Board member Gus Acevedo who has been an advocate for foreign language in the school district and recognizing the township’s Spanish population in the past said in response to the resident, “I spent my life teaching English and Spanish and I want you to know something. It was a concern of mine, but when reality comes along and hits you in the face sometimes you need to make hard decisions.

“Any opportunity to bring back Spanish I will bring it up and fight for it because you can’t start early enough to learn language or music,” he said.

The resident asked a follow up question as to what kinds of cultural things would be taught in the elementary school.

Another caller Kaitlin O’Conner said she graduated this year from Jackson Memorial High School and will be attending the University of Denver. “Students, especially younger students, should be able to experience the learning of a language, especially a very common language such as Spanish.”

She added, “as a whole, nation-wide learning a language is one way we can achieve a progressive goal of eliminating language barriers and achieve a wider platform of understanding people of different nationalities and races. I feel it is crucial that we teach the younger generation the value of communication.”

“Why did you target the language department and why did you feel it was not necessary to educate these young elementary school students Spanish?” O’Conner asked the board.

Genco responded, “actually that is not true. We didn’t target anything. We looked at what – in a priority standpoint – what needed to stay and what we could possibly do in a different vein as opposed to basic skills, interventions and class sizes are already ballooning beyond what we would want.

“We weren’t able to do that losing 41 staff positions. Please do not think for one second that it was an easy decision and that we don’t care about offering foreign language at the elementary. It was that we could cover the New Jersey standards in a different way as opposed to losing more basic skills school teachers and interventionists that are certainly necessary as well,” Genco said.

District Communications Manager Allison Erwin noted that beyond the two phone calls there had been a series of e-mails and texts all of which focused on the same issue. “They are all very personal reflections on what this program meant to them and asked why the decision was made which I believe has been explained and to please reinstate it.”

Erwin added, “we have 15 texts and nine e-mails about the same issue.” Two further comments came in on the subject during the meeting. They were from parents and former students.

It was noted that within the last five years a new foreign language had been added, Italian, and that foreign languages were highly valued by the district. The Italian language program is present on the high school level.

“As far as budget and finance it is an ongoing battle and with everything going on. That battle is probably not done yet,” Walsh said. He was happy to report that “the community did come up with over $159,000 in scholarships.”

Police Said They Nabbed Motorcyclist Who Fled At 95 MPH