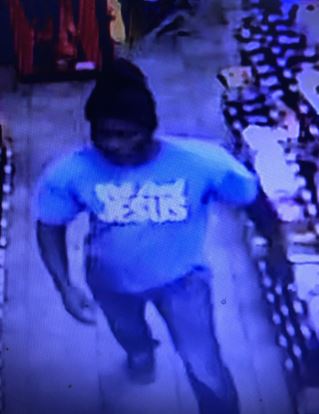 JACKSON – Police are seeking the public’s help to identify burglary suspects connected to incidents that occurred in town over the weekend.

On Nov. 23, at 9:36 p.m., Jackson Police responded to the Lucky 7 Seven Deli on Whitesville Road for reports of an alarm. Once on the scene, officers discovered an unsecured door and evidence of a burglary.

The burglary suspect has been identified as a black male wearing a blue shirt with “Me and Jesus” written on it and blue jeans.

Anyone with information about this incident is asked contact police headquarters at 732-928-1111.

On Nov. 24, police responded to the Pineland Sporting Goods on West Veterans Highway for reports of an attempted burglary which had occurred between 2–3:30 a.m.

According to police, an unknown suspect used a propane torch in an attempt to open the padlock on the front door, disabling it in the process. No entry was made.

Anyone who may have witnessed anything suspicious in the area is asked to contact police headquarters at 732-928-1111. 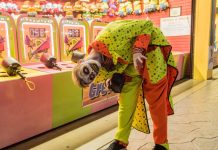