JACKSON – A party swelling to about 700 people had to be shut down on the night of July 26 on Mill Pond Road, police said.

The home had been rented out on AirBnB, and the homeowner had left the area. By 8:30 p.m., police said they were evicting people from the residence and closing down roads because more people were still arriving.

The police estimated that more than 700 people filled the Whispering Hill neighborhood and surrounding areas with cars. Nearby homeowners reported disturbances and trespassing.

Some people who left the party broke into a nearby home on Overlook Drive and damaged property, police said. It was later determined that a family member of the resident had been at the party and invited people back to the home. Police had to disperse this crowd, too.

It took until 1 a.m. for the officers to clear the area of attendees and vehicles without further incidents.

The homeowner, who was identified as Yaakov Weiss, 40, of Jackson, and party organizers who were identified as Patience Guanue, 23, and Alicia Hinneh, 22, both of Newark, were issued summonses for violating the Governor’s Executive Order against large gatherings. The investigation is continuing and Jackson Code Enforcement was also notified of the incident so they could follow up. 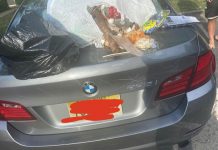 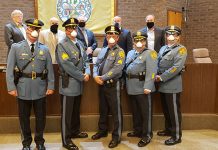