JACKSON – A thin blue line was recently added in front of the township Justice Complex as a means of honoring the community’s police department and law enforcement as a whole.

Mayor Mike Reina said that the line painted in and around the area is a result of about a 12 months of planning by him and members of all four of the township’s volunteer fire companies.

Reina said that the idea took inspiration from many national news reports seen in the last few years. “With all of the heinous murdering and disrespect shown to law enforcement officers nationwide we decided to show everyone our respect to them but on a slightly different level.”

The mayor said that to prepare for the lines the fire companies all contributed to the material necessary for the project. “I was able to secure the line stripping machine and an operator familiar with the unit.”

Reina said several weeks ago he met with members of firefighters from Fire Station 55 and 54, as well as “a very dedicated Jackson employee who also helped to complete the project of striping these lines of honor for our officers.

“The thin blue line not only shows Jackson residents strong support for our police department right here at home but to all law enforcement agencies near and far. We can never thank those protecting us 24/7 enough for all they do but this small symbol of respect lets them know that our love and support is always with them both on the job and at home,” Reina said.

Reina added that while the township may not have been the first community to honor its officers in this manner, that “hopefully this will catch on so that we won’t be the last one. May God bless our law enforcement officers and protect them every day.”

“The members of the Jackson Police Department would like to express our thanks to Mayor Reina, the township employees and members of the fire department who donated their time and efforts to show their support for the police department. We truly appreciate their support and the support which we receive from the residents of Jackson Township,” Capt. Steven Laskiewicz, the department’s public information officer and Uniformed Services Division Commander said.

The ceremony to be held from 10:30 a.m. to noon in the center court of the mall will note the loss of Ocean County residents who were murdered in acts of domestic violence and all law enforcement officers whose lives ended on duty while responding to domestic violence incidents.

Council President Kenneth Bressi also praised the thin blue line project and noted during a Sept. 26 meeting that he had a special reason to applaud Mayor Reina and others who made the project a reality.

The council president said he was proud to report that his son-in-law Andrew Taylor, a township resident, had been sworn in as New Jersey Transit Police officer. “I want to commend the mayor for spearheading this project,” Bressi said. 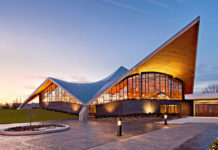 Church Claims They Did Not Deny Autistic Child From Communion 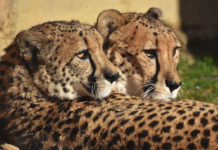 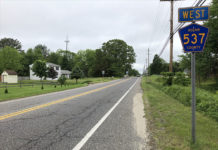