JACKSON – For the second year in a row, the Township Council presented a proclamation to Rabbi Shmuel Naparstek of the Chabad of Jackson in honor of National Education and Sharing Day.

The nationally designated day was established by the United States Congress in honor of Lubavitcher Rebbe, Rabbi Menachem Mendel Schneerson. It calls for increased focus on education, and recognizes his efforts to promote education and sharing for everyone.

Education and Sharing Day, USA has been proclaimed annually since 1978. Last year was the first time the proclamation was presented to Naparstek but the day was also recognized in Jackson Township in 2017.

This year Council President Robert Nixon joined members of the council in presenting this year’s proclamation to Rabbi Naparstek.

“Education is not one day a year it is every day of the year. We are constantly educating ourselves. The idea of Education Day is to reflect and think about what education is about,” Naparstek said.

Since the founding of the Chabad of Jackson, Naparstek has provided his support to township residents of all faiths on many different community projects in the municipality.

Naparstek remarked during the April 10 council meeting that “the proclamation tonight pays tribute to a great man, but with a message for every one of us here, as well as for people everywhere.”

“Rebbe, became the leader of the Chabad – Lubavitch movement in 1950. While Jewish leaders around the world worked to rebuild their communities after the holocaust, The Rebbe set his goals on a much broader scale. The Rebbe made it his mission to reach out to every single Jew on this planet with love and acceptance. With his inspiration, Chabad has expanded to all 50 states of the union and over 100 countries internationally,” Naperstek said.

He noted that in New Jersey there are over 60 Chabad houses in all 21 counties. “My wife and I are privileged to lead the Chabad house here in Jackson serving our local community.”

“The Rebbe had a message for mankind as a whole, and this message is what we are proclaiming tonight,” Naperstek said. “The Rebbe taught that education is not only the acquisition of knowledge, but rather, the focus, and even the main focus should be on the development of character and morals. Our responsibility as educators – and we are all educators, as parents, teachers, community leaders and role models – is to encourage our students, children and adults, to a live a life of moral and ethical character.

“There are those that say – “do as I say not as I do.” But in fact, the strongest form of education is by being positive role models ourselves. When our students see the way we act, they will emulate us, Naperstek said.

In other council business the governing body passed a resolution to ratify a memorandum of agreement and authorizing execution of a collective negotiations’ agreement with PBA Local 168, the township police department’s union. Nixon abstained from this vote due to his position with the state police union.

A similar memorandum of agreement involving a collective negotiations agreement with PBA superior officers of Local 168 A was also approved during the meeting. Nixon again abstained from that vote for the same reason.

Among the resolutions approved from the consent agenda included the appointment of Vashti Kishore as clerk 1 in the office of the township clerk and an agreement concerning scanning and digital storage services for various departments within the township.

The governing body also approved authorization for the execution and submission of the 2020 area plan contract program grant for the township’s Department of Senior Services through the Ocean County Office of Senior Services.

Council members also approved the application submission and acceptance of the 2019-2020 recreational opportunities for individuals with disabilities grant. 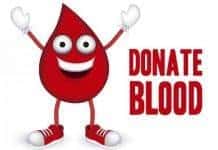