JACKSON – Familiar faces and strong words were part of the township’s 178th annual reorganization meeting which was its 16th under its current form of government.

Mayor Michael Reina made reference to township’s system of government during his remarks. “The Faulkner Act form of government we have in Jackson confuses some people. The legislative body here works very hard getting everything lined up – as you would say – rules and regulations but they are laws, they’re resolutions and basically entertain what I need to run the township.”

The mayor said “As we start a new calendar year as Jackson Township government, I couldn’t be more proud of the five gentlemen who sit up here on the dais.”

Without their cooperation, the mayor said he wouldn’t be able to operate.

“I want to thank each and every one of you not only for the time you put in but for how you speak, not only to each other but to the residents of Jackson. The questions are there. The answers are provided constantly,” Mayor Reina added.

“I’m not going to sugar coat anything this point forward. If any of you think 2022 is going to be easy, just look at what is going on around us. Every month there is a new (COVID-19) variant. I’m waiting for the Valentine’s variant to come out soon,” he said.

“While some say I make light over a flu, I’m not making light of a flu but people are in fear over their lives because the government can’t control what’s out there so it is not any easier for us with the restrictions and mandates,” he said.

“These executive orders are handed down by a bunch of people who I don’t think even know what is going on anymore on the federal level. How does that affect you? When they do these mandates and executive orders it hamstrings us. All during COVID this government never shut down. We worked every day. We weren’t able to do that without the dedication of all of Jackson Township’s employees and cooperation from the entire council and our professionals,” the mayor added.

Commending Business Administrator Terence Wall and Assistant Administrator Samantha Novak the mayor said, “they held everything together like glue during what we saw as a very tough time. We have no idea what 2022 will bounce off us this year. I can tell you that we are ready and will be well prepared both financially, mentally and physically with the strongest police department, fire companies and first aid the township has ever had.”

He thanked the council for “allowing me to make it to that strength. We are doing more with less employees and we are saving you money each and every day.”

Reina also said he looked forward to working with new Township Clerk Diane Festino. She was sworn in during the last meeting of 2021 last month with the retirement of Janice Kisty. Mary Moss was sworn in as the new deputy clerk during that same meeting.

“What I wish for everyone is a happy, healthy and successful new year for you and your families. Please be safe. This council and administration are your base of knowledge for whatever you need. You reach out to us and you get answers,” the mayor said. He once again warned the public to be weary of certain social media sites that provide “misinformation and hate.” 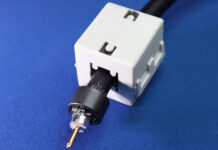