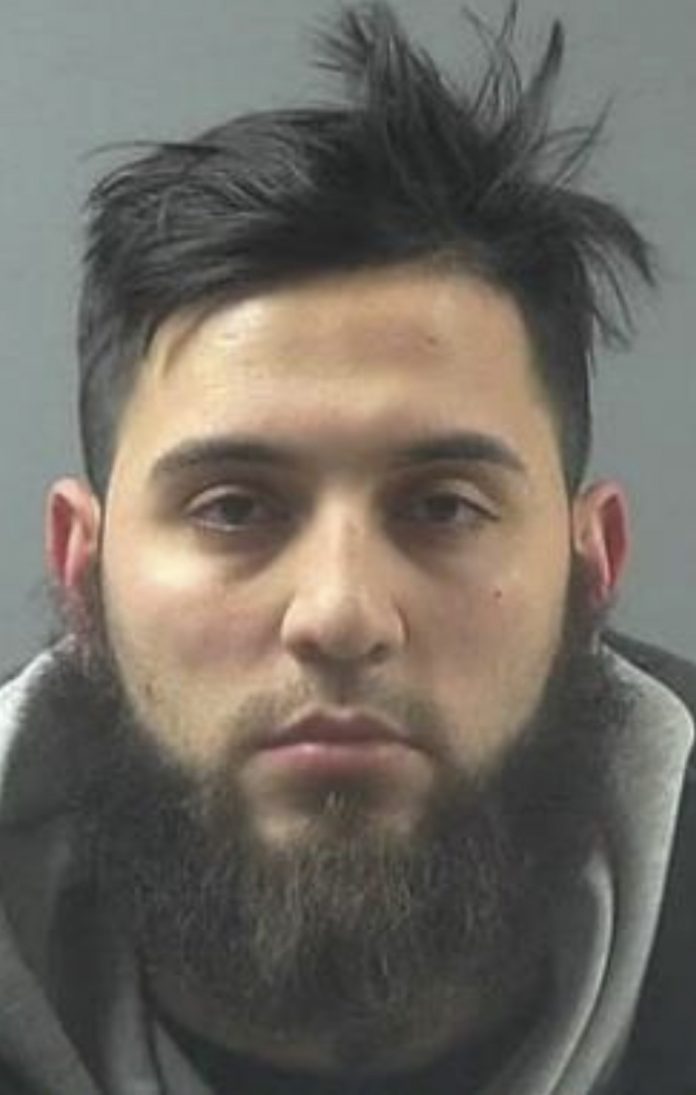 JACKSON – A local man was charged in leaving the scene of a crash that killed a woman on Christmas Eve.

The crash took place at around 6 p.m. on December 24. A 2010 Mercedes Benz was exiting I-195 at Exit 21. When making a left turn onto Cedar Swamp Road, it collided with a 2003 Chevrolet Silverado driven by Alcazar-Sanchez.

The Benz was driven by Norman Shtab, 83, of Howell Township. His wife, Phyllis Shtab, 81, was a passenger.

Alcazar-Sanchez fled the scene on foot. His passenger, Jose Misael Pementel-Mendoza, 30, of Wrightstown, was transported to Jersey Shore Medical Center, where he was treated for his injuries and released.

“Alcazar-Sanchez has not yet been apprehended, and his whereabouts are currently unknown. A warrant has been issued for his arrest, and his name has been placed in the National Crime Information Center database. Anyone with information concerning Alcazar-Sanchez’s whereabouts – or any information at all regarding this investigation – is urged to contact Detective Anthony Carrington of the Ocean County Prosecutor’s Office at 732-929-2027, or Officer Tristan Bennett of the Jackson Township Police Department at 732-928-1111,” Ocean County Prosecutor Bradley D. Billhimer stated.

Meanwhile, Alcazar-Sanchez’s girlfriend, Reyna Mendez, 27, of Jackson, was questioned by law enforcement in connection with this matter. It was determined that Mendez provided false information to detectives during the course of her questioning; as a consequence, she has been charged with Hindering Apprehension or Prosecution.