JACKSON – Parents of a 6-year-old first grader who was found by a township staff member wandering around an empty bus parking lot, are thanking the woman for finding their daughter.

School District officials are investigating the matter which occurred on March 1 when the child went missing having not arrived from her bus ride home.

According to a statement by School Superintendent Nicole Pormilli, “the district responded to an incident in which a 6-year-old student was found by a district staff member outside of the district’s transportation facility on the grounds of Jackson Liberty High School at approximately 5:45 p.m.”

She added that the student had been left on a bus that had returned to that facility at 5:25 p.m. after completing its run. The student was discovered in the parking lot of the facility by another driver returning from a different route, who assisted the student and called the student’s parents directly.

Pormilli said the district is investigating this very serious incident thoroughly. “To have a child left alone in this way is something no parent should have to experience. Our district procedures are designed to ensure this does not happen, and those procedures were not followed.”

District safety procedures include requiring each driver to inspect the bus after each run to make sure no students remain on the bus. Drivers receive training annually on this procedure.

A full review of this training and also working to streamline the district’s after-hours communication structure to make it easier for parents to reach a staff member in the evening in case of an emergency is being planned, according to a statement from the school district.

The Jackson child attends a school in Lakewood and her bus arrived around 4:30 p.m. which was an hour later than the regular dismissal time. Her parents were aware of this delay but an hour after that, the child’s mother grew concerned and inquired in a chat with other parents if other students had returned home at this point.

When she heard from other parents that their children had arrived home her concern turned to worry and she contacted the school who told her that she was not there. The parent’s next call was to the Jackson School District who handles busing for the student.

She was unsuccessful as this was after hours but 30 minutes later, the girl’s father received a call informing him his daughter was found alone in a school bus parking lot.

According to a report on The Lakewood Scoop, the child had fallen asleep on the bus and the bus driver, a substitute, had apparently not checked all the seats prior to parking the bus in the lot.

The young girl did not know where she was and she started walking in the parking lot. A district bus driver, Lea “Shelly” Johnson spotted the girl and after speaking with her was able to get her father’s cell phone number and the call to him was placed.

Johnson stayed with the student for about a half hour until her mother arrived to pick her up which was after 7:30 p.m.

Pormilli said she reached out to the student and her parents that evening to listen to their concerns and check on the student.

“I was so relieved to hear the student was doing well, but it doesn’t change the fact that this is very serious and it should never have happened,” Pormilli said.

According to The Lakewood Scoop report, the child’s parents issued a statement thanking Johnson for her concern and compassion regarding their daughter.

“We are investigating thoroughly to discover how this happened and to ensure it does not happen again,” the Pormilli said. 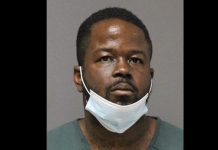 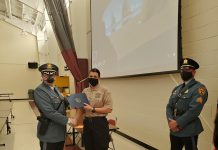