JACKSON – After weeks of debate, dormitories are banned in Jackson.

The township council – absent Robert Nixon – unanimously approved the ordinance that bans dormitories, built or converted, from the entire township.

Council members spoke of wanting to keep the township suburban, saying dormitories don’t fit in with the character or infrastructure of Jackson.

Councilman Scott Martin reminisced about his then-36-year-old father leaving New York City with his wife and two children in 1971 to “escape the concrete jungle” and give his children a backyard to play in. Martin, a 49-year-old father of six, has seen a lot of changes in the township since then, but wants to keep Jackson a “picturesque country” atmosphere as much as possible. This ordinance helps do that, he said.

His father loved New York, “but he wanted better for his children,” Martin said.

“I want for my children what my father wanted for us, to keep the integrity, beauty, wonder that is Jackson,” he said.

The ordinance was approved by the planning board back on March 6, found to be consistent with the township’s master plan and other land use laws.

Members of council as well as the public took exception to the accusations of being anti-Semitic, since the dorms would be used by Orthodox schools.

“Today I sit on this dais with a heavy heart. While I respect and welcome all ethnicities, religions and cultures who pass through our borders and call Jackson home, I am deeply concerned how in one breath Jackson is portrayed as a diverse, welcoming, tolerant community, and with the same breath is called anti-Semitic because of a difference of opinion,” Councilman Barry Calogero said. “The reality is, the ordinance isn’t against any specific race or religion, and only a bigoted person would think as much.”

The ordinance preserves the township and keeps out sprawl, Calogero continued.

The audience was packed, with persons spilling out the side doors of the main meeting room during that March 16 council meeting. Only a handful of Orthodox Jewish men attended. Those that spoke agreed that they too do not want to see overdevelopment and sprawl in Jackson. They escaped Lakewood, wanting better lives for their families.

This ordinance isn’t the way to do that, they said.

Rabbi Avi Schnall is a Brooklyn transplant to Lakewood and director of the NJ office of Agudath Israel of America, described on his LinkedIn page as a grassroots advocacy group that represents Orthodox Jews, including 250,000 nonpublic school children.

Schnall said residents fear overdevelopment. He asked why that issue wasn’t being addressed directly, but rather, residents’ sprawl fears will be solved by banning a dormitory from being built next to Great Adventure.

“I am 100 percent in support of this ordinance,” said another speaker, Isaac Tawil. “What I am against is the way that it came about. Everybody up here has said they’re not anti-Semitic, and quite honestly, I believe them. I don’t believe anybody has malignant intentions, I don’t believe anyone is truly anti-Semitic in this town. I don’t know what is going on in people’s minds. I don’t believe it’s really an anti-Semitic issue. However, this was not something that was addressed two years ago or five years ago or 10 years ago. It is something which is being addressed directly as a result of more Jews moving into the town.”

Tawil, an Orthodox Jew, addressed council saying he has never been reached out to by any of them, and neither has the Jewish community. He moved from Lakewood to Jackson, as did many of his friends, who fled the overpopulation and congestion. The administration needs to have a dialogue with the Jewish community and get them to support a stop of overdevelopment, he said.

“We do have needs. They’re going to have to be addressed. Read all the social media and then tell me there’s really no anti-Semitism. There is,” Tawil said, adding that no one who addressed council came off that way. “You guys have a terrible outlook of who we are.”

Joel Ross is a Fed Ex driver who relocated his family from Brooklyn to Jackson in 2010. His job takes him to places where the overdevelopment and overpopulation leads to crime and violence.

He said he has new neighbors in his Brookwood neighborhood and he has tried to reach out to them.

“I don’t get to interact with you because you’re not reaching back out. You can’t come up here and make these general statements because I’m willing to reach out. I have reached out. I’ve said ‘hi’ and I’ve just been passed by like I don’t exist,” Ross said. “But the only time someone reached out to me from [the Orthodox] community was when you walked on my property and asked my wife to sell our home to you.”

*View video from the council meeting*

*Read Jennifer Peacock’s story from the night of the meeting.* 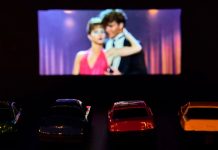