BRISTOL, CONN – The Holbrook Little League All-Stars can pack their bags for Williamsport, Pa., the site of the Little League Baseball World Series.

They punched their ticket to youth baseball’s version of the Super Bowl with an 8-3 win over Thurmont (Md.) on Saturday night in the Mid-Atlantic Regional Tournament championship game on the Leon J. Breen Field at the A. Bartlett Giamatti Little League Complex in Bristol, Conn. Reliever Chris Andrews got the game’s final out, a line drive to second base, as the Holbrook fans roared their approval. Seconds after the out, the Holbrook reserves dashed onto the infield in celebration in a game televised nationally on ESPN. The substitutes fired their gloves into the air as they sprinted onto the diamond.

There was a pile of Holbrook players in the infield and a mob scene near the mound. The players, their coaches and fans flashed smiles that stretched all the way to Howard J. Lamade Stadium, the site of the LLBWS. Some fans wore red shirts and displayed banners from the bleachers in honor of their idols.

Chris Cartnick of Holbrook, located in Jackson Township, belted his fifth home run of the tournament.

Cartnick drove a solo homer over the fence in left-center field for a 1-0 lead in the top of the first inning. He also sparkled defensively, igniting a pair of 6-4-3 double plays over the first two innings.

Winning pitcher Tai Mann hit a two-run homer in the second, keying a six-run outburst that staked Holbrook to a 7-0 lead. Mann needed just 26 pitches to make it through the first two innings. Holbrook banged out 11 hits.

Holbrook is 20-1. In four regional games, New Jersey state champion Holbrook buried its opponents under a 43-15 avalanche.
Holbrook, which ousted the Maryland state champion, will meet Fairfield (Ct.), the New England winner, in the first round of United States Bracket play 3 p.m. Thursday in a game to be televised on ESPN. Holbrook is the sixth team from Ocean County to make it to Williamsport.
Lakewood, led by the pitching and hitting of Dion Lowe, captured the national crown in 1975 when foreign teams were barred from competing. Toms River East American, paced by the all-around play of Todd Frazier, the former Toms River High School South standout now playing third base for the New York Yankees, won the LLBWS in 1998. Holbrook is the third New Jersey team to qualify for the LLBWS since 2010.

Holbrook has run up double-digit run totals in 16 of its 21 games. Its lone loss was to Manchester in the double-elimination District 18 Tournament. It avenged the setback by erupting for 36 runs against Manchester in two games in the finals. Holbrook vanquished Sayreville 17-1 to win the sectional title and downed Wayne 10-2 in the state final.

Holbrook’s 21 games this summer are the most of any team in the East Regional, which includes the New England Region, has played. The Section 3 winner has gone on to win the New Jersey championship in each of the past four years. 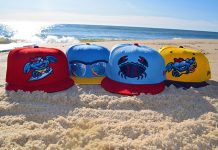