JACKSON – Police are urging golfers to lock their doors after several vehicle burglaries at local courses on July 25.

A Jackson resident reported that his 2019 Jeep had been burglarized while he was at the Metedeconk Golf Club on Hannah Hill Road. It was unlocked and his wallet was stolen. It was described as a Burberry wallet valued at $300. It also had $300 inside and the credit cards were later used at stores in Jackson and Howell.

A Brick resident said her car was burglarized on the same day at the Pine Barrens Golf Club located on South Hope Chapel Road. Her 2016 Mercedes Benz was unlocked. Her Louis Vuitton pocketbook, which was worth more than $3,500, was stolen. It had a Louis Vuitton wallet valued in excess of $800 that contained $350 in cash. Her stolen credit cards were used later in Brick, Tinton Falls and Monmouth Junction.

A Sea Girt resident said his 2011 Porsche was burglarized that day at the Pine Barrens Golf Club as well. He had said that his windows were left partially open because of the extreme heat that day. His wallet had been left on the front seat. Before he had a chance to cancel his credit cards, more than $5,000 in purchases were made in Brick and Tinton Falls.

The officer was told that at around 10 a.m., a Pine Barrens Golf Club employee encountered a man who was not a member of the club or a worker in a red van parked on the club’s property. He was asked to leave. The employee took a photo but the license plate cannot be positively identified. This man is not a suspect at this time but detectives want to identify and speak with him.

Anyone with information on any of these burglaries is urged to call Jackson Police Detective Shawn Hobson at 732-928-1111 or provide the information through the department’s StopIt app. 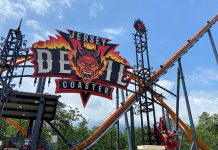 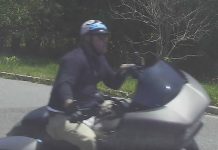