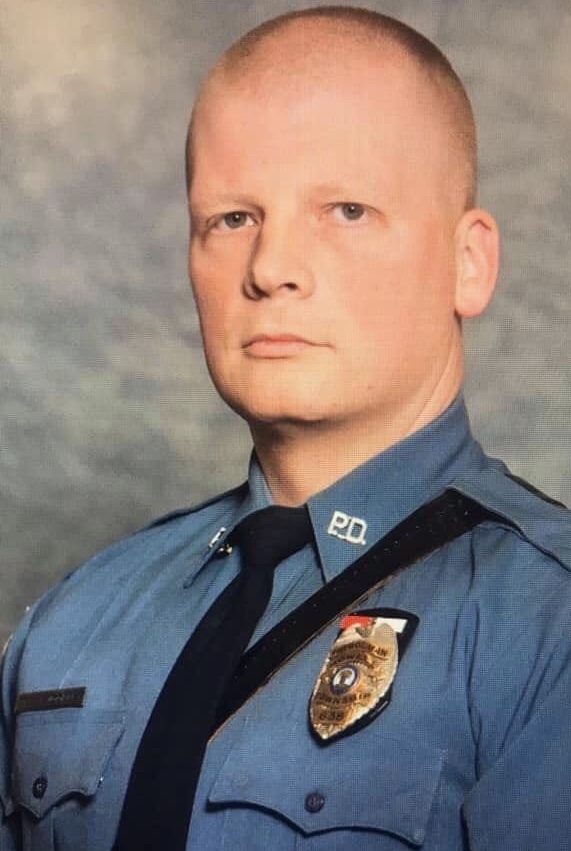 HOWELL – One local police officer was expecting to have just a normal day off-duty. Instead, he ended up saving a life.

On the morning of Dec. 18, Howell Officer Jonathan Woolley was getting a workout in at a fitness center in Brick Township when he saw an 85-year old man collapse.

“Without hesitation, Officer Woolley began a patient assessment and determined the male was not breathing, had no pulse and was turning purple,” said Chief Kudrick.

Officer Woolley, assisted by a trainer who was a former police officer, jumped into action and began performing chest compressions and rescue breathing on the man. The pair then shocked the man with an automated external defibrillator and continued treatment until relieved by Brick Police EMS and paramedics.

A short time later, the man was responsive and doing well. The hospital staff and the MONOC paramedics later reached out to Chief Kudrick to commend Officer Woolley’s and the trainer’s actions and quick-thinking which saved the man’s life.

“This is another example how police officers are always on-duty and always ready to help those in need of assistance. In this incident, two officers worked together and saved a man’s life,” said Chief Kudrick.

Officer Woolley is a 15-year veteran of the Howell Police Department. He is currently assigned to the department’s Professional Development Group and also serves as a motor officer and a member of the Monmouth County Emergency  Response Team (SWAT).