HOWELL – At a recent meeting, the Howell Township council approved an agreement between the township and the Howell Board of Education that would allow for the construction of a crosswalk at Southard Avenue.

The resolution stated that the crosswalk would be a “mid-block crossing and signal on Southard Avenue (County Route 21) beginning at a point six hundred and fifty (650) feet southwest (east on Monmouth County Straight Line Diagrams) from the centerline intersection of Squankum-Yellowbrook Road (County Route 524A) extending to a point eight (8) feet further southwest.”

This location is between the property of Howell High School and the fields of Howell Middle School North.

Both parties believe the implementation of this crosswalk is in the best interest of the public and provides greater safety for the students and employees of Howell.

The crosswalk project is anticipated to cost the Township about $40,000, which will be reimbursed by the BOE.

While this resolution was passed at the June 12 meeting of the council, Director of Community Development Jim Herrman noted that planning has already begun.

“I am working with the County Engineer to work out the final details. Construction would begin later this summer in anticipation that the crosswalk would be installed prior to the start of the 2018-2019 school year,” said Herrman. 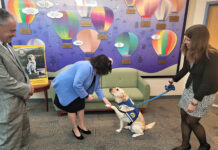 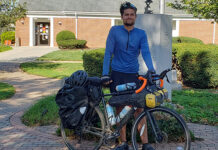