HOWELL – In a three to one vote, the Township Council recently replaced its retiring clerk Penny Woolman with its deputy clerk, Allison Ciranni.

Ciranni will serve as acting township clerk through the end of the year and as Municipal Clerk effective January 1, 2020. The clerk is an important position that oversees a lot of township business.

“We are very lucky that Allison Ciranni chose to stay with us here in Howell and continue her career as our next township clerk. Ms. Ciranni started working for the township in 2004 and worked her way up to deputy clerk in 2011. She has been a Howell resident since 1984, a graduate of our Howell school system, and a vital part of the inner workings of our township,” Councilman Thomas Russo said.

Russo added that Ciranni, “knows the ins and outs of not only the clerk’s office, but Howell as a whole, and I am confident she will continue to do a great job in her new position.”

One member of the council wasn’t happy with this move – not because of her job performance or credentials – but in his view, the governing body did not have all the necessary information it needed before it cast its vote during that meeting.

Councilman John Bonevich said in a social media post recap of the council’s October 22 meeting, it is council’s job to interview and appoint a new clerk. On the consent agenda, resolution R-19-360 was added. This resolution was not on the preliminary agenda the day before the meeting “when we reviewed, so I wanted it pulled from the consent agenda. That sparked a discussion prior to the vote that at the last meeting we tabled numerous ordinances because council agreed there was not enough time to review.”

A consent agenda is a group of resolutions that a governing body votes on at once. They are usually items that require little or no discussion, or are routine. Putting these items together in a consent agenda makes the meetings go faster.

“We all agreed to be transparent, we should not have any add-ons last minute so the public and the council would have enough time to review. Not only was this last minute, we didn’t have the proper information and no one knew the salary information,” Bonevich said.

“With regard to Allison’s salary, her current salary as Deputy Clerk will remain until January of 2020. Upon taking her new position in January, Ms. Ciranni will receive a salary within the range set forth in our ordinance,” Russo said.

“It is important to note that we recently lowered the maximum salary that the clerk can receive by $25,000 this year. The township cannot pay the clerk beyond the cap set forth in our ordinance,” he added.

Russo said that by “assigning Allison as our acting clerk in October, allowed the township to move forward with the hiring of a new deputy clerk this month, which was vital to ensure a smooth transition. I am happy to report the clerk’s office continues to operate at the highest level and remains in very good hands.”

Bonevich said he felt during the meeting that there was no reason to vote on the hiring. “Well they did. It didn’t matter that the state statute already covers the clerk position or that it would not cost the taxpayers any additional money.”

The councilman posted, “my mind is blown on this one.” Bonevich added that the last-minute resolution had the state statute clearly explaining how a deputy clerk assumes the role of the clerk in a vacancy, so there was “no reason to rush it though that night.”

Bonevich said he wanted to see consistency regarding, “transparency, proper notice and full information is needed to properly vote on any township business. I will always remind council to be consistent from meeting to meeting to maintain your trust and show transparency. This was not.”

During that meeting the topic of township roads was highlighted. Bonevich said that during his last 10 months on council he’s received 70 to 80 percent of his e-mails/calls focused on the condition of the community’s roads.

“We have accomplished 79,000 square feet of patchwork costing $450,000 with L&L paving and I have to say they have done a great job,” Bonevich said. 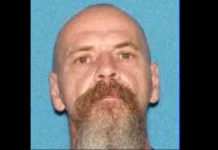