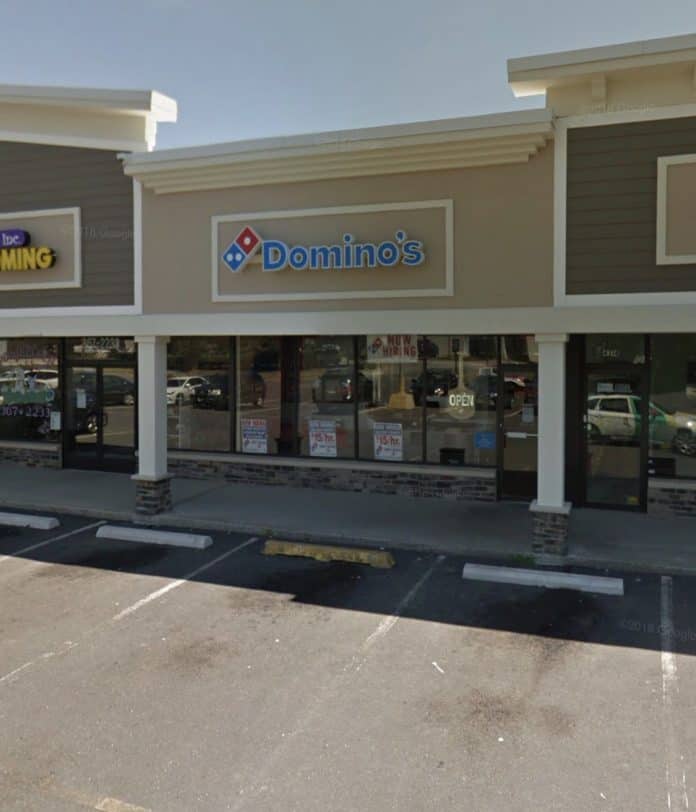 HOWELL – Township and Monmouth County authorities are investigating the brazen robbery of a Domino’s Pizza. Police are asking for the public’s help to catch the dangerous suspect.

Howell Township Police Chief Andrew Kudrick said the incident happened on Wednesday night at the take out store in the Roseland Shopping Center.

Kudrick confirmed that the suspect walked in, handed the worker a note and brandished a kitchen knife before leaving with cash.

Police said the 911 call reported the armed robbery at around 11:15 p.m. When officers arrived, the worker said the man wore a bandanna covering his face but they were able to see dark paint or makeup around his eyes that he used to conceal his skin tone.

The cashier was given the note and handed over a small amount of cash. No one was injured.

The worker told police that there were others watching the cashier from the outside and the suspect warned them not to contact the police.

As he exited the store, the suspect acted as if he was communicating through an earpiece. He then ran towards Route 9.

A full investigation is underway complete with police dogs and units from the Monmouth County Prosecutor’s Office Major Crimes Unit.

According to police, the track led behind Popeyes and into the Heritage Point residential development. Video obtained from a nearby business confirmed the path of the suspect.

Police are urging everyone to review their security camera footage.

Kudrick said “anyone with information or even a hunch is encouraged to contact us. This person needs to be caught before violence ensues.”

If you have any information that can help the probe, contact Detective Romano at aromano@howellpolice.org, inbox the department on Facebook Messenger or anonymously through P3Tips.com.

A surveillance photo from police is pending and Jersey Shore Online will share it as soon as we receive it.