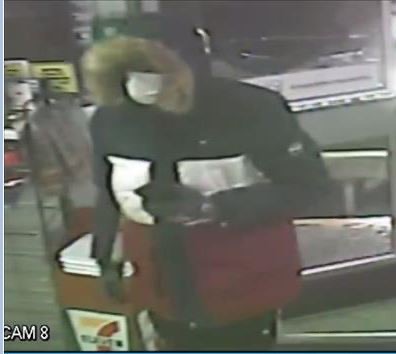 BRICK – Police are asking the public’s help in finding a suspect who robbed a 7-Eleven store in the early morning hours.

The store, located at 101 Chambers Bridge Rd., was robbed at around 1:30 a.m. on February 17, police said. The robber struck the victim on the head and stole cash and cigarettes.

They described the suspect as a black male, about 6 feet tall with a thin build. He was wearing a red, white, and blue jacket with fur along the edge of the hood; black track pants with white stripes running down the sides; and red, white and blue sneakers.

Anyone with information is urged to call Brick Police Detective Tara Schinder at 732-262-1115.