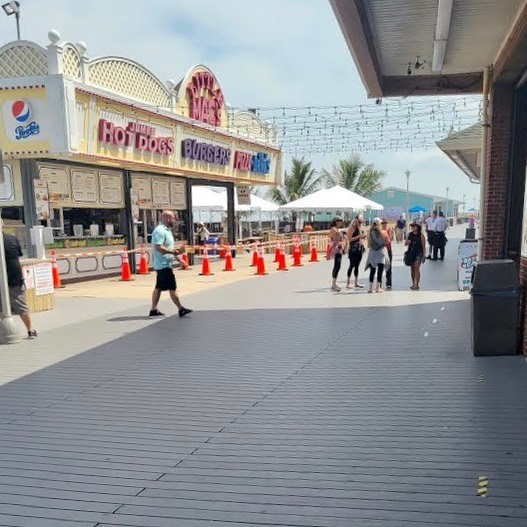 OCEAN COUNTY – A Brick Township man has been sentenced to three years in state prison after he called in two bomb threats last summer that cleared the Point Pleasant Beach Boardwalk, according to authorities.

20-year-old Nkosi Jones had entered guilty pleas to making Terroristic Threats after incidents that occurred on June 3, 2021 and June 4, 2021.

The caller indicated he would be planting a bomb on the boardwalk. The call was reported to the Point Pleasant Beach Police Department, and the boardwalk was evacuated by law enforcement.

The boardwalk reopened for business approximately three hours later. The following day, Jenkinson’s employees fielded another call alluding to a bomb threat. The boardwalk was once again cleared, and reopened after several hours.

An investigation by the Point Pleasant Beach Police Department Detective Bureau and Ocean County Prosecutor’s Office High Tech Crime Unit revealed that Jones – an employee of Jenkinson’s Pavilion – placed both of the threatening calls through the voice over IP app TextNow.

On June 17, 2021, Jones was arrested as he reported to work at Jenkinson’s. He was transported to the Ocean County Jail, and later released as a consequence of New Jersey Bail Reform.

$50K In Grants Given To Local Nonprofits