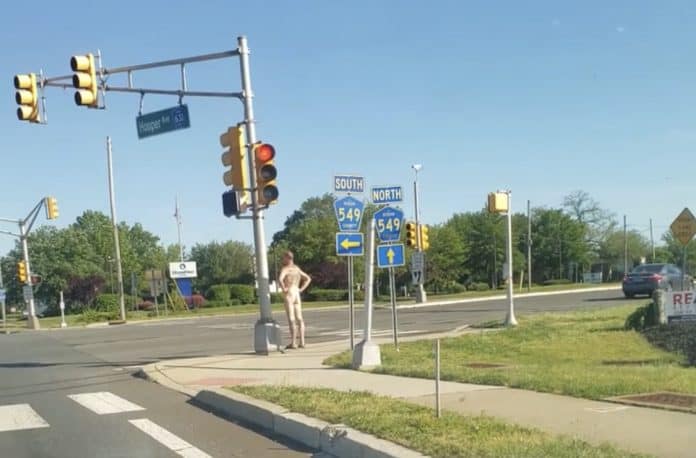 BRICK – Now there’s something you don’t see everyday. Drivers in Brick Township on Saturday morning reported seeing a naked man walking down the street. According to Brick police, he was suffering from a “mental health issue.”

Videos of the incident posted on social media showed the man wasn’t completely nude – he was wearing a pair of sandals. On the footage, he seemed relaxed – even following pedestrian and traffic safety laws.

Jersey Shore Online reached out to police to see if they know about it or if they have made contact with him.

Brick Police confirmed that the man was spotted by an officer and taken to a local hospital for evaluation. It appears he was suffering from a mental health issue, according to the department.

His identity has not been released.

This isn’t the first time someone went around in their birthday suit in Brick. Back on July 3, 2015, a man was seen riding a bicycle on Burnt Tavern Road without a stitch of clothing on.

Areas May Open To Breweries, Wineries