BRICK – Township Police are investigating an unusual theft and assault that occurred around 10 p.m. on Oct. 19.

Officers responded to the area of Herborn Avenue and North Gate Road where Heather Buckles, a Mantoloking taxi driver was left stranded in her cab.

Buckles had just picked up a man at a nearby corner of Stephen Road and Lark Lane.

The patron, described as a black male, approximately 25-35 years old, about 5’8″ and 5’10” with facial hair and a medium build, who was wearing dark clothing and a puffy jacket, asked her to bring him to the Wawa on Newtons Corner Road in the Ramton section of Howell.

While in route the suspect asked Buckles to pull over because he wanted to pick up a friend and once she stopped, the man grabbed her from behind and held what she believed to be a knife to her throat.

The man demanded her money and the keys to the taxi. He then fled on foot leaving her stranded.

Howell Police were contacted due to the proximity of the robbery.

The Herborn/North Gate intersection is right at the border of Howell and Brick townships. The Howell Police Dept. K-9 track unit conducted a search.

Brick Detective Greg Mullarkey responded to the scene along with Detective Brian Lash who are following up on leads at the current time.

Anyone with information should contact Detective Sgt. James Burgess at 732-262-1116 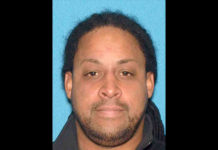