BRICK – It is unlikely that suspended superintendent of schools Walter Uszenski would be getting his job back since he was re-indicted by the Ocean County Prosecutor’s office on charges of theft and deception after the original charges were thrown out by a superior court judge in March.

“We had 45 days from the judge’s decision to appeal, and an appeal could have taken a year or more, so we re-presented it to a grand jury and they decided to re-indict,” said Ocean County Prosecutor Joseph D. Coronato in a phone interview on June 23.

While the prosecutor said he could not get into details of the case, he said his office disagreed with Judge Roe’s decision.

“It’s not fair to delay it, it’s a very viable case that needs to go before a jury,” he said.

Uszenski was hired as Brick’s new school superintendent in 2012. In May 2015, he was suspended with pay after his arrest for his role in a scheme to provide his pre-school grandchild with educational services (i.e., full-time daycare) and transportation at public expense for which the child was not legally entitled.

In September 2015, Uszenski was suspended without pay after he and his daughter, Jacqueline Halsey, were indicted on official misconduct and theft.

Andrew Morgan was recommended for the position at Brick schools by Uszenski, was indicted on charges of False Swearing and Theft by Deception for knowingly concealing his prior criminal conviction for selling cocaine in New York City in 1989.

The indictment said that Morgan and Uszenski executed the necessary approvals required for the Board of Education to fund fraudulent benefits for the child that are believed to be in excess of $50,000.

Lorraine Morgan was charged with Official Misconduct for her role in approving unnecessary counseling services for Uszenski’s grandchild.

Judge Roe dismissed charges against Uszenski and Halsey because their attorneys argued that the child was enrolled in special needs classes even before Uszenski was hired, which was information Roe said was not included in the initial grand jury presentation. Three charges remained for the Morgans.

In April, a tort notice was filed on behalf of Uszenski, Halsey and Halsey’s son that said damages of $20 million were being sought for each.

Since that time, members of the public have questioned Board of Education members if they planned to terminate the contract with interim Superintendent Thomas Gialanella and reinstate Uszenski.

Board members said they were waiting to hear whether or not the County Prosecutor planned to file an appeal or seek re-indictment.

The new 19-count indictment restores the charges against Uszenski, Halsey and the Morgans. “The bottom line is, the facts of the case warrant it to be re-presented and put before a jury,” Coronato said during the phone interview. “We presented it to the grand jury with the concerns expressed by the court, and the grand jury decided to bring back a true bill.”

Asked if there could be a plea deal, Coronato said his office is required to offer the best resolution for the case.

“We’ll put out a plea offer, if they accept, fine, if it’s not accepted, the plea deal is withdrawn and we are duty bound to go to trial,” he said. “Hopefully, a jury will hear the trial,” he added.

Coronato said that with the new bail reform, it is difficult to assess the time frame for the trial, but said it would go on for a long time.

“It won’t be resolved in the near future,” he said. “This court case will continue for some time based on motions and based on court rulings, but it could resolved earlier – who knows?” he said. 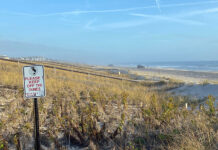