BERKELEY – A traffic light was recently turned on at the intersection of Frederick Drive and Route 9, and officials hope that it will make this deadly area safer for residents.

The light will provide safe passage for people leaving the homes on Frederick Drive and heading to the busy shopping center anchored by ShopRite. The light is designed to help people in vehicles as well as on foot.

This intersection has had three fatalities since 1999. It’s been the site of many other non-fatal crashes as well.

The traffic signal has a button pedestrians can push to turn opposing lights red so they can cross. This had been the kind of signal the township officials had been asking for.

“I’m pleased that this light has finally come to fruition,” Mayor Carmen Amato said in a statement. “It was desperately needed in that location for a number of reasons. The main reason being pedestrian safety.”

He also stated that the owners of the Berkeley Plaza may eventually realign the entrance to their plaza in reference to this light. He urged drivers to be patient as the state Department of Transportation finalizes the timing of the light.

Berkeley officials have been calling for a traffic signal at that intersection for years. However, since Route 9 is a state highway, they had to wait for the DOT to approve it. The township had been required to put aside 25 percent of the cost of the light years ago.

Amato thanked officials at the DOT for responding to the need in the area. 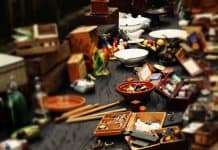