BEACHWOOD – All shops were impacted by COVID-19, not just the brick and mortar ones.

That’s one of the reasons the Beachwood Fire Department held a family-friendly fair to let vendors and crafters sell their wares. Firefighter Brian Sutera, a member of the event committee, said with a lot of local events being cancelled, there were fewer places for people to set up tables.

“For some of these vendors, this is their primary income,” he said.

The Ocean County Fair was cancelled earlier this summer. Recently, Stafford’s Founders Day and Barnegat’s Pirates Day had also been cancelled or indefinitely postponed. Brick’s SummerFest concerts were delayed a month and the first one had to be cancelled.

The reason is that there are limits to how many people are allowed at gatherings – even outdoor ones. In a way, big events like the Ocean County Fair are victims of their own success – they draw too many people to be held legally.

That’s why a smaller venue was a good option. Sutera said they reached out to vendors to see what they thought about having an event in the parking lot and got good feedback. Almost three dozen crafters, farmers, food servers, and entertainers signed up. There was also music by Jerry LaStella. He donated his time, playing acoustic guitar.

There was another group of people that were helped by this – the residents. People missed going to fairs and festivals and needed an event like this to bring the family.

The coronavirus was on people’s minds, though. Everyone working the fair were wearing masks, and visitors were encouraged to do so. There were wide aisles for people to walk through so they could social distance. Each and every vendor was at least six feet apart. People could make their way through the vendors, see the fire trucks, and then hit the food court, all with plenty of room.

This was the first fair like this that they have ever done, Sutera said. Given its success, they might do it again. 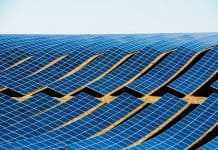