BERKELEY – Responding to complaints from seniors about people soliciting in late hours, the ‘Do Not Knock’ ordinance will be changing.

Mayor Carmen Amato said there have been people soliciting in neighborhoods later than residents would like. “We haven’t received a lot of complaints,” but what they have received are in the senior communities.

This is important because seniors are more susceptible to fraud.

Town-wide, these license holders are allowed to work from 9 a.m. to 7 p.m., Mondays through Saturdays. No door-to-door business is allowed on New Year’s Day, Memorial Day, Independence Day, Labor Day, Thanksgiving, and Christmas.

For planned retirement communities, these hours will be changed to 10 a.m. to 4 p.m.

The change was introduced at the most recent Township Council meeting. The next one, in which the ordinance is likely to be approved, will be on June 27.

The township clerk maintains the list of people who don’t want to be solicited. Clerk Beverly Carle said that this list is very long already. It is updated twice a year and provided to the Chief of Police. Anyone who applies for a permit to solicit in town is given this list of people not to visit. Violators are subject to penalties such as fines and the revocation of their license. They also wouldn’t be able to apply for another license for a year.

If you add your name to this list, you are given a sticker to place on your front door to let visitors know whether they are allowed on the premises.

If you are interested in signing up for the Do Not Knock registry, visit BerkeleyTownship.org/departments/clerk_registrar/clerk.php

In other news, the township is receiving a $5,732.13 Youth Leadership Grant that will require no matching funds from the town. 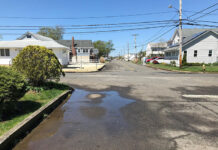 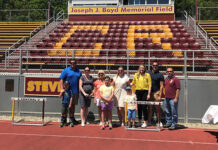 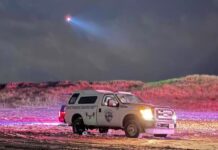