The site, considered one of the largest undeveloped parcels east of the Garden State Parkway, sits in the Pinelands of Berkeley and once was home to a mining operation that is now overgrown and, Bartlett said, basically untouched.

“There are parts that resemble the Savannah out there. It is mesmerizing,” said the freeholder, who serves as the county liaison to the parks department.

The site will not be used for active recreation or to even convert in to a park, he said. Instead, it’s simply a way to block development and preserve natural resources, he said.

“At one point there were a very many homes proposed there, and you can imagine the cost to taxpayers,” Bartlett told The Berkeley Times.

The public hearing to buy the parcel was just over a year ago. At it, Berkeley Township Mayor Carmen Amato lauded the county in pursuing the tract. At its last 2016 council meeting, Berkeley Township council granted the easement needed to secure the final details of the land deal.

“That was one of the last steps,” Bartlett said, adding that title searches were also recently complete. “We went through due process and now are in a position to finalize this deal.”

Amato said the hope is that the purchase means an extension can be built to Western Boulevard to connect it to the eastern Berkeley heading into Beachwood.

Bartlett said such an idea is a long way off, and that improvements to Route 9 would be first priority before creating another corridor that runs north-south.

“You’ve got to make sure the roads can handle traffic,” he said.

The county purchased the plot under its Natural Lands Trust, funded through open space tax dollars.

Sixty acres of the site would be purchased by the Ocean County Utilities Authority to be saved in case expansion of the authority’s nearby facilities are ever needed. The current owner will retain a small portion of adjacent land to continue its cement-making operation, Bartlett said.

Besides meandering through the landscape, folks visiting the site might find the county maintaining trails there, even developing a leg to its Rail Trail through the tract to allow public access to the unique terrain inside.

“I’d imagine there’d be that, and even the potential to create additional loops for hiking trails that make note of the exquisite features there,” Bartlett said.

The initial asking price for the site was $19 million since it included the value of unmined materials, but it ultimately dropped to $14 million and then $11 million due to the fact that the county has cash on hand to make the purchase.

–Daniel Nee contributed to this article. 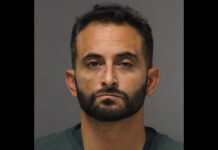 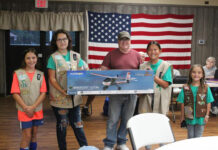