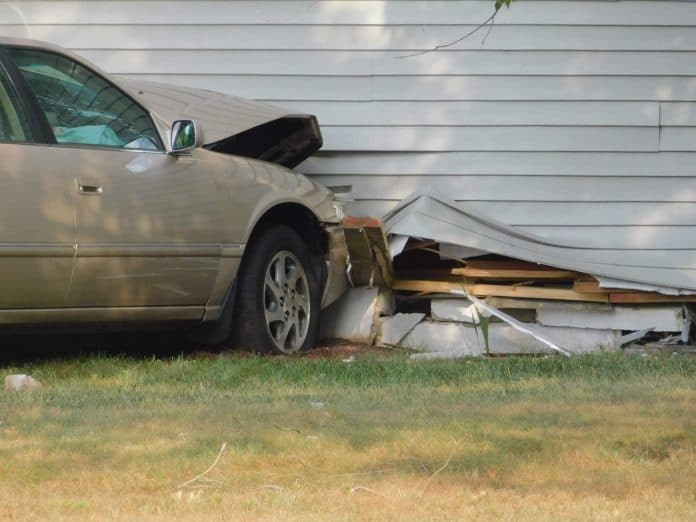 BERKELEY – A man suffered serious injuries when a car came crashing through the inside of his Holiday City home while he was sitting on the couch. It all started with a two vehicle crash.

A preliminary investigation indicated that the driver of the first vehicle was traveling north on Jamaica Boulevard, attempting to cross Nostrand Drive, when a car traveling west on Nostrand, startled the driver at the stop sign.

Police said the driver in the first vehicle over compensated and grazed the second which tore off the vehicle’s license plate.

The vehicle continued going right through the side of the house Jamaica Blvd. The victim on the couch was struck in the back. He was taken to Jersey Shore University Medical Center In Neptune.

The driver who went through the home was taken to Community Medical Center.

Police said code enforcement deemed the house to have suffered from structural damage.