BERKELEY – Facing Governor-elect Phil Murphy’s campaign promise to make marijuana legal, the Township Council introduced an ordinance that would effectively ban even the legalized sale of marijuana within the confines of Berkeley Township.

Mayor Carmen Amato said that the township has a “world class D.A.R.E.” program in the school district, teaching kids the bad sides of drug use, and how marijuana is a gateway drug. Meanwhile, a different message would be sent by the governor.

“We’re in the midst of the worst opioid epidemic,” he said. Legalizing a drug is “bad public policy.”

There are a lot of issues that council members brought up, such as it still being illegal federally, or Colorado residents given the chance to vote for it, and that the Food and Drug Administration would have to analyze every strain that’s sold, and that a black market for the drug would form that would be just the same as it is now.

“For every pro, there’s 10 against,” Council President James Byrnes said. If it’s for medicinal use, that is more appropriate, but even that can be abused. He would rather see the penalties lessened for marijuana possession than see it legalized.

“In half of our drop-outs, the common denominator is pot,” he said.

Councilman Thomas Grosse, who is a police officer in Toms River, said he was glad that the entire council was on board with this ban. Again, he said that some people have medical reasons, but marijuana should not be allowed for recreational use.

During the public portion of the meeting, resident Sam Cammarato said he supported Berkeley’s ban on marijuana dispensaries.

People talk about the benefit to taxing the sale of marijuana, he said, but what is the cost to taxpayers to support someone who has become an addict? He also had another question that went unanswered. He wanted to know what would happen if someone was able to buy marijuana in another town that allowed it to be legally sold, and then brought it to Berkeley. 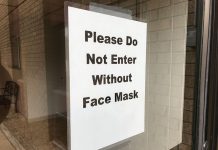 COVID-19 Violations Could Come At A Price 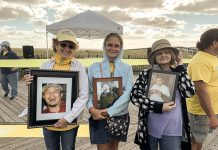