BERKELEY – Six new officers will be joining Berkeley’s ranks, after being sworn in at an event prior to the most recent Township Council meeting. Information about the officers was provided by township officials. They are:

All six new officers are from Bayville, officials noted. 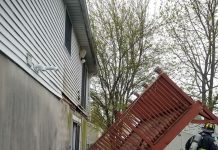