TOMS RIVER – The Muslim Society of South Jersey has proposed a two-story mosque and school for Route 9, near the existing Masjid Bilal in Toms River.

In an application before the zoning board, the Bilal Educational Academy/Muslim Society of South Jersey has proposed a 51,040 square-foot building two stories high for 1733 Lakewood Road/Route 9, which is on the northbound side of the road between Silverton and Church roads.

The township zoning board rescheduled the application for its February 23 meeting at the applicant’s request. The meeting begins 7:30 p.m. in town hall.

The Bilal Educational Academy/Muslim Society of South Jersey, will need a use variance and approval of its major site plan from the zoning board.

The use variance is needed because the parcel, Block 172.04 Lot 12, is zoned as Rural Highway Business Zone, where a school use is requested.

The applicant is also seeking approval to build a private school on a lot that is 5.568 acres, where a minimum of 10 acres is required.

Their hearing was first scheduled in October and was adjourned until this month when the applicant submitted revised plans. The application was then scheduled for the January 26 zoning board meeting but has since been rescheduled for February 23.

The January 26 meeting at 7:30 p.m. also has a continuation of a controversial application in town: a proposal by HealthSouth to expand off of Lakehurst Road onto parcels of residential property.

HealthSouth is proposing to build an 80 foot by 75 foot two-story medical office building on Oliver Street, a dead end street off Lakehurst Road. The size of the property is 148,450 square feet, or 3.41 acres. It is a residential street, and they would need a use variance from the Zoning Board in order to build.

Residents of Oliver Street said the building would dramatically change their quality of life, turning a small residential street into one with a medical facility on it. 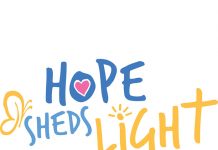