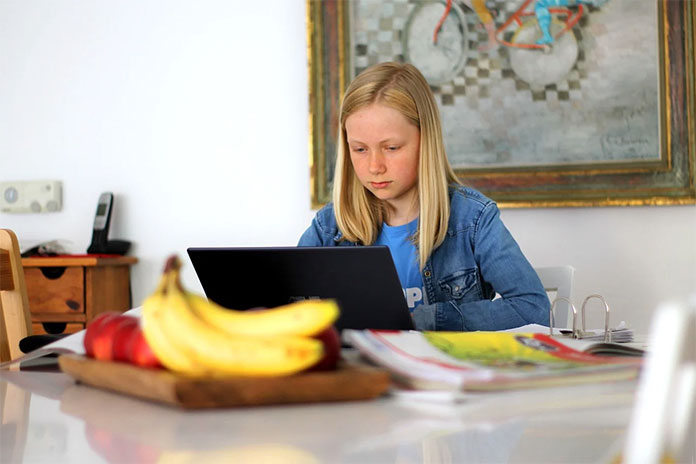 TOMS RIVER – For several months, evidence was piling up that the county’s largest school district would be 100 percent virtual at the start of the school year, but they hesitated on officially making the decision until now.

At the most recent Board of Education meeting, is was finally confirmed that the district will open virtually for all students in September, with the goal of eventually going into a blended model and then in person. A blended model is when students spend some of their time in school and the rest is virtual.

The classrooms will be available for teachers, Superintendent David Healy said. They will teach live and students will have to log in at the designated time. Some teachers have indicated that they are more comfortable working from their classrooms.

In some cases, the only difference between virtual education and in-person is the buildings the children are sitting in, he said.

“Brick and mortar is the gold standard and we want to get back there as soon as we safely can,” Board of Education President Anna Polozzo said.

Parents asked about a waiver for when children do return to classrooms indemnifying the district. In other words, what protections does the district have? If a child got COVID-19 in school, could a parent sue the district?

Board attorney Stephan Leone said that waivers work in theory, but they are difficult to execute and enforce.

There was no talk of waivers in the state guidance, he said. Looking at case law, parents might need legal counsel to advocate for them.

There is also a perceived imbalance in the two parties, he said. Kids have to go to school. So, a district enforcing children to come to school and then holding the district unaccountable might not be legally tenable.

The decision for virtual learning comes as there was pressure mounting on both sides. In one camp, there were parents, business owners, and workers eager to get back to normalcy.

In the other camp, there were parents and teachers worried about the virus spreading once the buildings were filled with people.

The New Jersey Education Association was pushing for virtual instruction, and more than 100 staff members in Toms River had already said they were not coming back to the building because of health issues of someone in their household.

Healy predicted that schools throughout the state would go to virtual, without officially making the declaration until now.

In Gov. Phil Murphy’s coronavirus press conferences, viewers could see the writing on the wall. A few weeks ago, he set aside state funding to make sure all students could have access to laptops or other technology in case of remote learning.

One criticism of Murphy’s handling of the pandemic is that his announcements have often come too late, leaving local officials scrambling to comply. It took until Aug. 12, less than a month before the start of school in New Jersey, for him to allow schools the option of virtual learning.