TOMS RIVER – The Toms River School District will have a referendum for a package of about $100 million in capital improvements on Jan. 22.

The money will be bonded, and paid off over a number of years, Superintendent David Healy said. It would be a cost of about $4-10 a month for the average home depending on what town they live in.

The referendum had been coming for a while. A firm was commissioned in 2013 to assess the needs of the district. As officials tallied work that needed to be done in the aging schools, that had been put off for too long, it became clear that a referendum was necessary. It had originally been in the neighborhood of $147 million.

The projects need to be done no matter what, and this $100 million will be the least expensive it will ever be, Healy said.

When a district passes a referendum, the state contributes a portion. That is a large part of what is bringing the cost below $100 million, he said. If the referendum fails, the district will still have to perform these capital projects – but without state money.

Additionally, when a project is done ahead of time, it costs less. Healy used the example of replacing a 50-year-old boiler. Doing it before it breaks completely lets the district bid the project to the lowest responsible bidder, and have the work done on their own schedule. If they have to wait until the boiler breaks down, they have to get the project done right away, and that could cost twice as much.

Some of the projects are being taken care of without leaning on the taxpayers. The Energy Savings Improvement Program portion of it is expected to provide $17.8 million in upgrades that would save the district money through being more energy efficient.

The district will be getting the word out to voters in advance of the referendum, Healy said.

Earlier this year, they went school to school giving presentations to members of the community.

One at Beachwood Elementary School only had about a dozen residents.

A referendum on Nov. 6 in Toms River attempted to increase the open space tax to acquire more land. That measure failed 17,121 “no” votes to 11,267 “yes” votes. 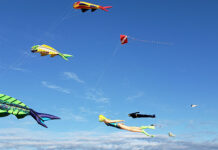