TOMS RIVER – The answer is “The Toms River resident who was on Jeopardy! on May 2.”

The question is “Who is Chris Burke?”

Burke, 29, of Toms River, teaches at the Academy of Law and Public Safety in Long Branch, part of the Monmouth County Vocational School District. He got the opportunity to compete on Jeopardy! earlier this month.

“I like trivia. I’ve always been good at random bits of trivia,” he said. Therefore, going on Jeopardy! is the ultimate test of knowledge for trivia experts.

In order to get on Jeopardy!, he first took an online test. A few months later, he got an email asking him to audition. At the audition, he took another test. He was also put through a short solo version of the show where they asked him questions and he had to buzz in for the answer.

Then, some time later, he received word that they’d like him to come on the show.

“All that random trivia paid off,” he said.

“It’s essentially luck of the draw,” he said. Two people are picked out of a hat to go against the current champion. So, the categories are not matched to the competitor’s strengths at all.

“It just so happened that I’m a social studies teacher and the first category that came up was geography,” he said.

“Some of it seemed really easy and some of it, later on, I was like ‘I don’t know why anyone, least of all me, would know this,’.” he said.

Although, at one point, it wasn’t his social studies knowledge that helped him, but his musical tastes. The question was “What is West Virginia?” The answer that Alex Trebek gave included the town of Wheeling. Burke said he remembered that Wheeling was in West Virginia because of the opening line in the Billy Joel song “The Ballad of Billy the Kid.”

Burke said he was in pretty close competition with the other two players. They were all within a few thousand dollars of each other. It would come down to Final Jeopardy, where contestants bet their current winnings based on how much they think they know about a category.

“The category was Mythology, which is about as broad as it can be,” he said.

Since the scores were so close, he knew he had to bet big if he had any chance of winning. “It was go big or go home,” he said.

Unfortunately, he got the question wrong about Pandora, the Greek figure who unwittingly let loose all the evil in the world.

“I didn’t know it and now I see it everywhere,” he said.

However, even if you lose, you still can feel pride knowing that you competed in a test of knowledge. He said it is a feather in his cap, but he doesn’t want to flaunt it.

Alex Trebek was really nice, he said. He would talk to the audience, and talk to the contestants, and make jokes.

There’s a point in every episode where Trebek comes up to the contestants and personalizes them for the audience.

“You give him a bunch of stories and he gets to choose,” he said. So, you have to remember what stories you offered up to talk about.

But did he get the urge to talk smack to Trebek, like in the Saturday Night Live Celebrity Jeopardy skits? The answer is Yes.

“It entered my head. I thought that if I can get to game three, I think I’ve earned the right,” he joked.

“Snooki” Returns To Toms River, But Not For Show 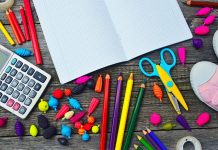