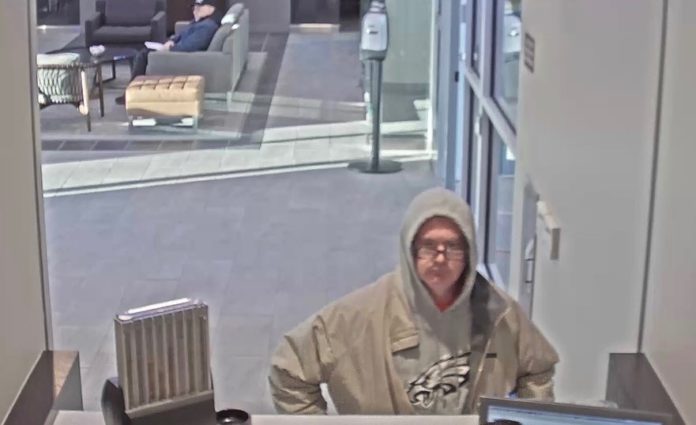 TOMS RIVER – Remember that New Year’s Eve bank robbery in Toms River? The suspect has been arrested, according to police.

The Toms River Police Department said 45-year-old Patrick T. Callahan, a township resident, was charged on a warrant by Detective Quinn with the bank robbery that took place Tuesday, December 31 at the Chase Bank on Route 37 West.

During the robbery, Callahan presented a note to the teller and left on foot with an undisclosed amount of money.

In a prepared press release, the department thanked citizens who responded to and shared the Facebook post.

Callahan will be lodged in the county jail pending a bail hearing in Ocean County Superior Court.

Anyone with additional information regarding this matter may contact investigating Detective Quinn at ‪732-349-0150, extension 1361‬.