Also on hand to sign autographs were Carl Banks of New York Giants fame, Frankie Edgar, who starred in wrestling at Toms River High School East and excels on the mixed martial arts circuit, and Alana, the agency’s model who has appeared in numerous television commercials promoting the dealership with Frazier.

Each celebrity signed autographs for free. Admission was free. The session took place in the showroom.

Frazier, who signed for every fan who desired his signature, led East American to the Little League World Series title in 1998. The team gained instant celebrity status and wound up on a Wheaties box. Frazier signed a Wheaties box. He obliged a mother and her young daughter and smiled while posing for pictures with the duo and the box.

“I have good memories of playing Little League,” Frazier said. “Signing those types of things means that much more to me.”

Frazier, who turned 32 on Feb. 12, inked bats, baseballs, Pine Belt Chevrolet baseball caps and posed for numerous photos with fans. He signed a New York Yankees poster of him batting last season when he was traded to the team from the Chicago White Sox.

Frazier signed a Yankees backpack. He posed for pictures with fans and signed their Yankees batting helmets. He signed a ticket for a game last year between the Yankees and the White Sox.

The two-time major league All-Star signed pictures of himself in a Mets uniform, exchanging pleasantries with fans, smiling and tapping them on their shoulders while sitting at a table.

Frazier began his professional career with the Cincinnati Reds. He was eager to sign for one of the club’s fans. The fan wore a Cincinnati T-shirt and red hat and carried a Mets cap. Frazier signed for the fan.

“C’mon up,” he told the fan as the fan approached the table.

Frazier told a young female fan who wore a Mets cap, “I love that hat.” He signed for fans who wore a David Wright jersey. Wright’s Mets career has been slowed by injuries and the Mets signed Frazier to take his place.

“How are you?” Frazier asked one middle aged female fan while shaking her hand. “Have a good season,” one male fan told Frazier.

The celebrities signed one item per fan and posed for one picture per fan. One male fan asked Frazier to go the extra mile, asking him to sign a baseball with more than a signature.

“I can’t put an inscription on it,” Frazier smiled as he told the fan. “I apologize.”

Frazier posed for pictures and signed autographs for each member of a family of Yankees fans. He exchanged fist bumps with fans. The former Rutgers University standout signed an autograph for a male fan who wore a Rutgers crew team shirt. Frazier signed for a fan who sported a Frazier No. 29 Yankees jersey.

Frazier frequently told fans after signing, “Have a good night.”

He stood from the table and posed for a picture with a fan who wore a Mets shirt and walked with the aid of a cane.

An employee had announced Frazier’s entrance into the showroom. He entered the room to cheers and smiles and waved to fans as he led Mr. Met (the team’s mascot) into the room.

“The fans were great, unbelievable,” Frazier said after the program, which lasted for approximately 90 minutes. “I knew there would be a couple of people here. There must be a lot of undercover Mets fans around. It only means good things for me as there will be a lot of fans at our games.”

“I like it,” the Toms River resident said. “It’s good there. It’s a comfortable stadium to play in. I have hit a good number of home runs there. It’s close to home. It’s a beautiful place. It’s one of those things. When you step into the batter’s box, it has the comforts of home.”

Frazier will report to spring training in Port St. Lucie, Fl., on Saturday, Feb. 17. The date of the first full squad workout is Monday, Feb. 19. The Mets’ manager is Mickey Callaway, who is in his first season with the team.

“I will use spring training to get acclimated with everyone,” Frazier said. “I want to understand the philosophy of Mickey and start to develop that winning way so that we can get back into the playoffs and start dominating.”

Frazier said he has spoken to Mets right fielder-first baseman Jay Bruce, Wright, Mets reliever Anthony Swarzak and each member of the coaching staff. Swarzak was signed as a free agent.

“Everyone is pumped and ready to go,” Frazier said. “There is a whole new regime. We are anxious to get this thing going and get it kick started in Queens.”

Frazier, who emerged as the Yankees’ spiritual leader, said he enjoys playing a prominent role.

“A leader is what I am,” he said. “I like leading the younger kids. I show it on the field. I just believe in what I do. I will give the Mets energy and enthusiasm. I play with the will to win – 100 percent every day. I am just a guy who hustles and plays his heart out and tries to be the best player he can be.”

Frazier has taken a pay cut in a slow free-agent market. He earned $20.25 million over the past two seasons, according to Sports Illustrated. He will receive $8 million this year and $9 million next season.

Asked why numerous free agents have yet to be signed, Frazier said with a bit of a snarl, “Good question. You have to ask a lot of general managers and team presidents. I feel for the players who have not been signed. It was not fun for me. It was tough on my family. I feel very relieved to have signed. I am glad it is over.

“The game is starting to change. The players have to look out for themselves a little bit more. Let’s not sugarcoat it. It was frustrating. It has been a crazy offseason, but I could not have asked for a better outcome.”

“I am in pretty good company,” Frazier said. “I always have good conversations with Al about life, Toms River and baseball.”

“Todd is a good player and I guess he makes the Mets better,” said Bryan Samuel, 32, of Jackson Township, and a member of the United States Army Reserve. “He hits a lot of home runs. Todd and I were in Little League at the same time. I competed in the Lakewood Little League. Todd is quite popular in the local community. He is down to earth and a real fan favorite. He is a hometown boy and he is loyal. Even when he was with the Reds, the White Sox and the Yankees he was always true to where he came from.

“Todd is a team player who elevates everyone else who is with him on the team. He makes them better. This is the first time I will meet him. Let’s go Mets.”

Rene Ashman of Laurence Harbor said she is a fan of Frazier’s and the Mets.

“He puts in hard work and plays the game hard,” she said. “He gives to his community and has never forgotten where he has come from. That is the best thing.”

John Mazurick, 67, of Toms River, said he has followed Frazier since his Little League days.

“He is a real nice guy and an all-around good athlete,” Mazurick said. “He is a great player. He won the Home Run Derby championship and the Little League World Series championship. Plus, he is from New Jersey and my hometown now, Toms River.”

“I said, ‘Hello, how are you doing?’ ” Mazurick recalled. “I saw his picture plastered all over the wall. Buffalo wings are his favorite. He is a real nice guy, a family guy.”

One of the youngest fans at the event was six-year-old Joey Ortenzi of Jackson.

“I like Todd more than the Mets,” he said. “I liked him when he was on the Yankees. He hits a lot of home runs. I want to be just like him when I grow up.”

“It is exciting that he is here,” said Ortenzi’s mother, Autumn Ortenzi. “The kids are excited and everyone is happy. He is local and is always seen around town.” 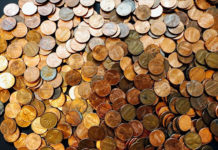