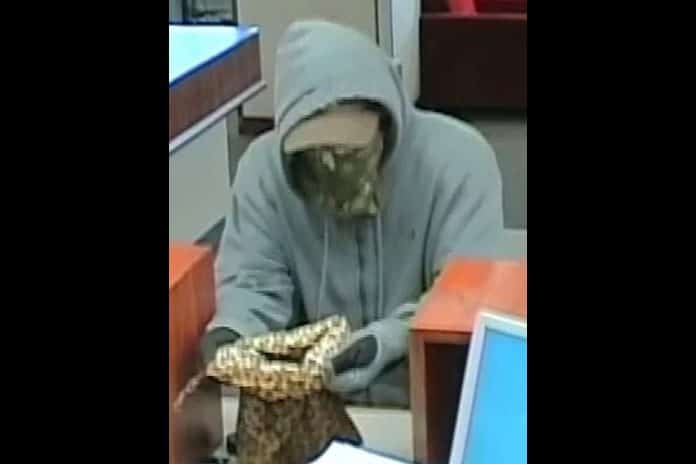 TOMS RIVER – Police are investigating a bank robbery that occurred this morning at the Bank of America in Toms River Township.

Police responded to the Bank of America located at Bananier Drive and Route 37 at 10:15 a.m. for report of a robbery.

According to Jillian Messina of the Toms River Police Department, the suspect entered the bank and demanded money from the teller. The suspect said that he had a gun, but no weapon was shown. He then left on foot with and unknown amount of cash.

The investigation is ongoing. Anyone with information can contact Toms River Detective Mark Bajada at 732-349-0510 ext. 1241.