TOMS RIVER – The Route 37 corridor around Route 166/Main Street will face a traffic shift for about six months as the state Department of Transportation continues the next phase of work in the area. The work is expected to start January 17, shifting lanes of traffic right, away from the median.

DOT Spokesperson Kevin Israel said crews from New Prince Construction will begin at 10 p.m. that night, with traffic cones in place in each direction from milepost 6.33 to 6.95 on Route 37.

Three lanes will still be open in each direction, although that area has several large plaza entrances and already heavy traffic during the morning and evening commute.

Israel said the traffic shift will “permit work in the median area, including electrical, drainage, and signage improvements.” New Prince Construction was awarded an $11 million contract last year to complete improvements to the Route 166/37 area, some of which are underway or substantially complete. Demolition of structures on Route 166 south of the Route 37 intersection is complete, paving the way for a larger jughandle there. A dedicated right turn lane from Route 166 to Highland Parkway was also installed in 2016.

The total project has a 2018 completion date, with an improvement area that stretches to Old Freehold Road. A median will be installed on Route 166 to prevent left-hand turns to and from the shopping plazas that approach Route 37. A traffic light is also planned for Highland Parkway and Route 166. 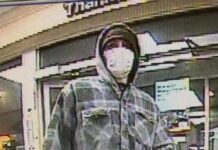 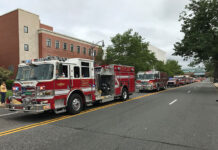 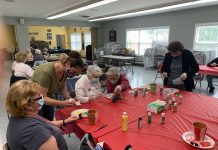