TRENTON – Six prison guards were charged with using unnecessary force against a youth when they allegedly pepper sprayed an inmate and dragged him out of his cell.

The incident happened shortly after midnight on April 8, 2020 at the Garden State Youth Correctional Facility in Chesterfield. The officers were from Toms River, Beachwood, New Egypt, and other towns.

They are accused of conducting a “forced cell extraction of an inmate,” and then falsifying reports to cover their actions.

According to police, Correctional Police Sgt. Michael Emmert sprayed the victim with pepper spray, without giving the victim any opportunity to comply, and despite the victim offering to be handcuffed.

Then, the other five officers, who were Senior Correctional Police Officers, joined Emmert. Emmert allegedly sprayed the victim again without giving the victim opportunity to comply. The officers then went into the cell and forcibly removed him.

Investigators said that the victim screamed in pain and left his cell covered in blood. He was given an inhaler and oxygen in the infirmary, where cuts on his face were treated.

The officers then claimed that the victim refused orders to be handcuffed, blocked a food port, and attempted to “mule kick” a shield. Investigators said that the surveillance video doesn’t show this.

These actions violated policy which states that the inmate must be given an opportunity to comply before being forced out of their cell. The age of the inmate was not provided.

“Correctional police officers are entrusted with great authority over the inmates in their custody, and when they abuse that power, they must be held accountable,” said Acting Attorney General Matthew Platkin. “I want to thank the Office of Public Integrity & Accountability and Department of Corrections Special Investigations Division for investigating and bringing charges in this matter.”

“When corrections officers abuse their authority, as alleged here, we will ensure that they are fully investigated and prosecuted,” said OPIA Executive Director Thomas Eicher. “The Office of Public Integrity and Accountability is committed to ensuring justice for all by maintaining the highest standard of public service through effective investigations and prosecutions.”

“We must hold correctional officers to the highest standards and any form of abuse will not be tolerated,” said New Jersey Department of Corrections Commissioner Victoria L. Kuhn. “Individuals within the custody of the New Jersey Department of Corrections deserve to be treated with decency and dignity and I recognize the hard work of the Special Investigations Division and Office of Public Integrity & Accountability to bring accountability for these actions.” 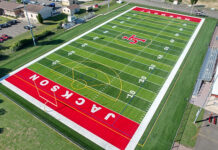